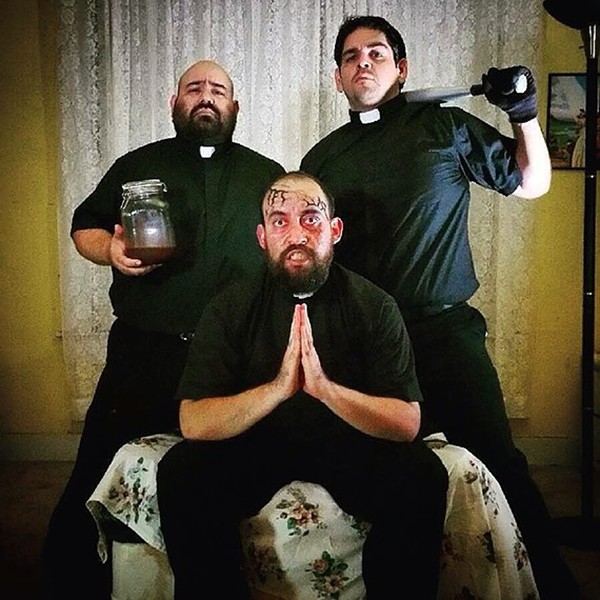 Courtesy
Comedia A Go-Go
Comedia A Go-Go’s newest short film, "Get the Hell Out," is a dark comedy about a group of cunning men who travel around the country performing exorcisms for money on behalf of any religion. Come out for a night of several Halloween inspired short films all written and produced by the award winning comedy group. The show will be hosted by Comedia A Go-Go members Regan Arevalos, Jess Castro, Larry Garza and Joel Settles who will be doing a Q&A about all the hilarious short films. Admission to this event is FREE as long as you RSVP. Free, 7pm, Thu., Guadalupe Cultural Arts Center, 1300 Guadalupe, (210) 351-7787, guadalupeculturalarts.org