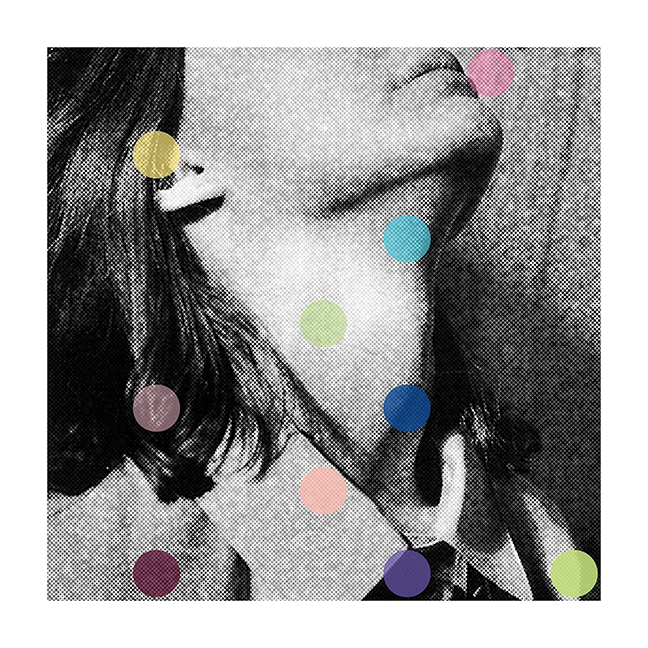 After nearly a decade of operating on an appointment-only basis, Ruiz-Healy Art opened a public location last year and recently tripled its space by relocating to the triangular Olmos Park landmark that hosted Bistro Bakery. On Thursday, the gallery—which specializes in modern and contemporary works by Latin American and “Texas-connected” artists—kicks off its spring season by unveiling the new digs along with an exhibition showcasing Spanish artist Andrés Ferrandis. Titled “Numinous” (an adjective Merriam-Webster defines as “having a mysterious, holy or spiritual quality”), the solo show focuses on Ferrandis’ shift from abstract painting to collage-based constructions incorporating photography, references to existentialist philosopher Søren Kierkegaard and “cut-paper organic and geometric forms that seem to drift and swirl through landscapes of memory.” Free, 6-8pm (artist talk at 7pm) Thursday, Ruiz-Healy Art, 201 E Olmos, (210) 804-2219, ruizhealyart.com. —Bryan Rindfuss 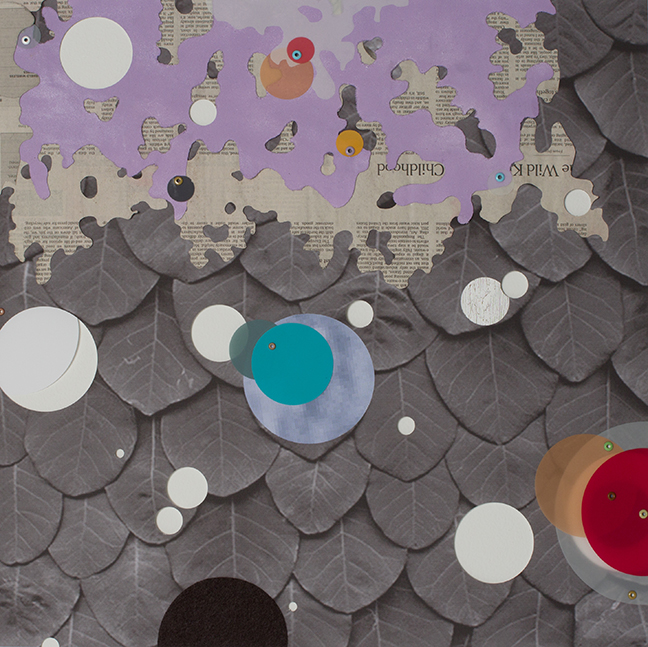 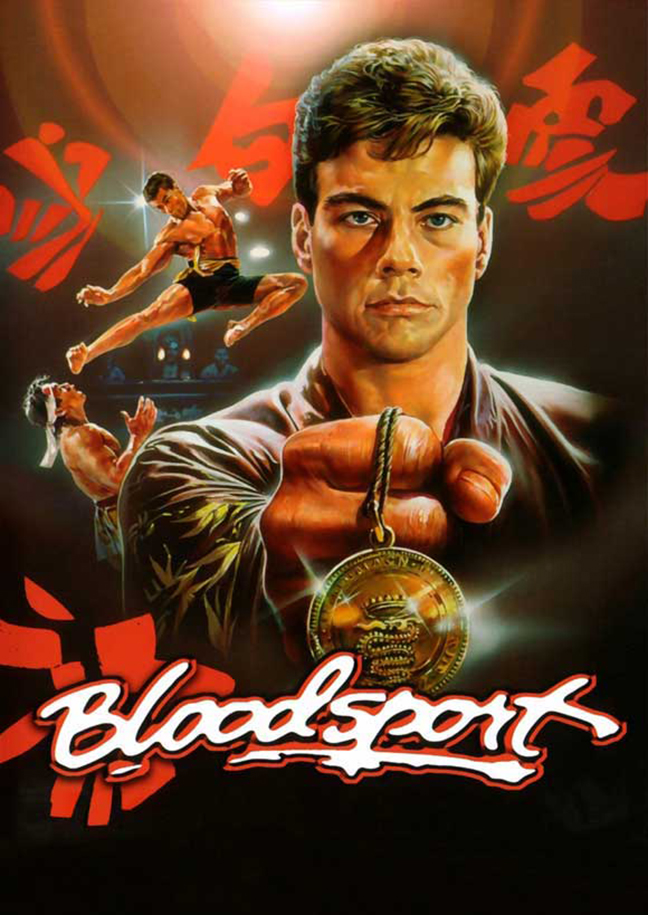 One of the more batshit films to ever feed us that “based on a true story” line with a straight face, Bloodsport (1988) stars Jean-Claude Van Damme in a career-making performance as Frank Dux, the self-proclaimed first Westerner to ever win the Kumite, a secret single-elimination martial arts tournament closer to Mortal Kombat than The Karate Kid. Or, if you believe those spoilsports at the Los Angeles Times, a fictional tournament Dux invented to drum up business for his martial arts studio and supported with fabricated newspaper clippings and a trophy he purchased from a North Hollywood shop. Fortunately for kung-fu film lovers, Bloodsport helicopter kicks plausibility in the face from its first frame. Arrive early to watch local rapper Amaze warm up the crowd Shaolin style. $10, 7:30pm Thursday, Alamo Drafthouse Park North, 618 NW Loop 410, (210) 677-8500, facebook.com/thirdchamberthursdays. —Jeremy Martin 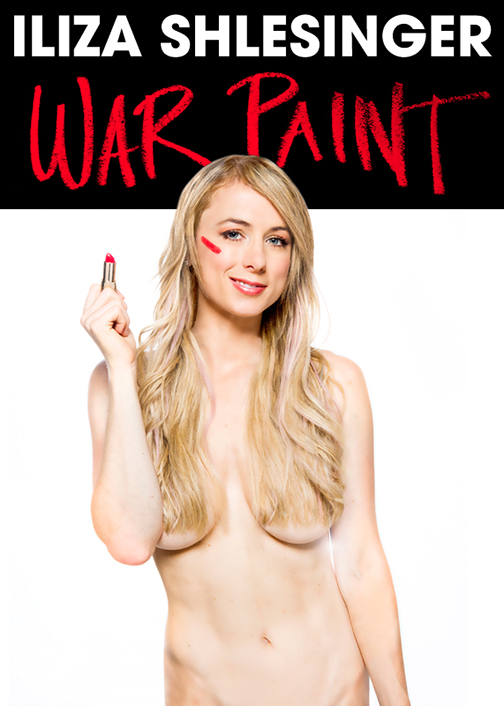 It’s gotten her some internet flak, but Iliza Shlesinger says the cover photo for her 2013 special War Paint—which features the Dallas native and 2008 Last Comic Standing champ wearing nothing but a lipstick streak—is designed purely to attract Netflix clicks. The strategy might be working, but it also results in reviews like this: “It was somewhat funny

it would have been better if she had been nude [three stars].” (Students of gender politics will not be surprised to note that George Carlin’s specials are rarely reviewed this way.) Shlesinger’s loud, obscene (and fully clothed) act combines anger-free rants about hetero-relationship dynamics with weird-kid flourishes like animal noises and fantasies of being a hunchbacked apothecary. Laugh-seekers not confusing LOL for a strip club probably won’t be disappointed. $18.50, 8pm Thursday, 8pm & 10:15pm Friday-Saturday, Laugh Out Loud Comedy Club, 618 NW Loop 410, (210) 541-8805, lolsanantonio.com. Bark in the Park—Perrito Grito Established in 1946, the San Antonio Area Foundation is built on a model of connecting donors with the causes they care about. Since 2007, the foundation’s strategic project Talk About It! has dedicated itself to making San Antonio a no-kill city by addressing pet overpopulation via the mantra “Care. Adopt. Neuter.” Presented by the Petco Foundation with support from City Councilman Cris Medina, the initiative’s Bark in the Park—Perrito Grito brings together nonprofit organizations and for-profit businesses for a fun-filled pet fiesta in the park. Bringing back many of the features that attracted 5,000 attendees to Woodlawn Lake last year, the third annual event includes free spay, neuter and microchipping services, low-cost vaccinations, pet adoptions, contests (best dressed, best trick, and pet/owner look-a-like) and food trucks, plus live music by local favorites Los #3 Dinners. Free, 10am-3pm Saturday, Woodlawn Lake Park, 1103 Cincinnati, (210) 225-2243, perritogrito.org. —BR The sweet science returns to the Alamodome on Saturday night when Julio César Chávez Jr., the pride of Culiacán, Mexico, squares off against Austin’s Bryan Vera II in a much-anticipated rematch. Chávez Jr. triumphed over Vera II via a unanimous decision last September in California, but not without controversy. “The Son of the Legend” threw 320 punches to Vera’s 734, and walked away with a win despite entering the ring over the weight limit. Standing at an imposing 47-1-1 record with 32 knockouts, Chávez is 3-0 in the Alamodome, and pugilism flows through his veins. With a respectable 23-7 record including 14 knockouts, Vera is no slouch in the ring. Fighting before a quasi-hometown crowd and highly motivated, expect Vera to dominate the super middleweight bout, unless Chávez is serious about his weight. $25-$200, 5:30pm Saturday, Alamodome, 100 Montana, (800) 745-3000, ticketmaster.com. –M. Solis Although possibly best known locally as president of the Southwest School of Art, Paula Owen is also an accomplished artist and writer who’s represented in public and private art collections as well as publications such as Maria Elena Buszek’s book Extra/Ordinary: Craft and Contemporary Art. Aptly described by Current contributor Gary Sweeney as “symbolic and mysterious,” Owen’s paintings organize incongruent fragments (bits, bytes, symbols) into harmonious arrangements nodding to patterns that emerge in nature—including schools of fish, flocks of birds, whirling snow and ripples on ponds. With titles like Drift Akimbo #1 (above), Alluvium Squall, and Scattered Galaxy (below), the oddly hypnotic works comprising Owen’s new exhibition “Vague Chatter” bring to mind everything from math equations and deep space to cave drawings and organisms one might only spy with a microscope. Free, 6-9pm Saturday, REM Gallery, 219 E Park,(210) 224-1227, remgallery.com. —BR 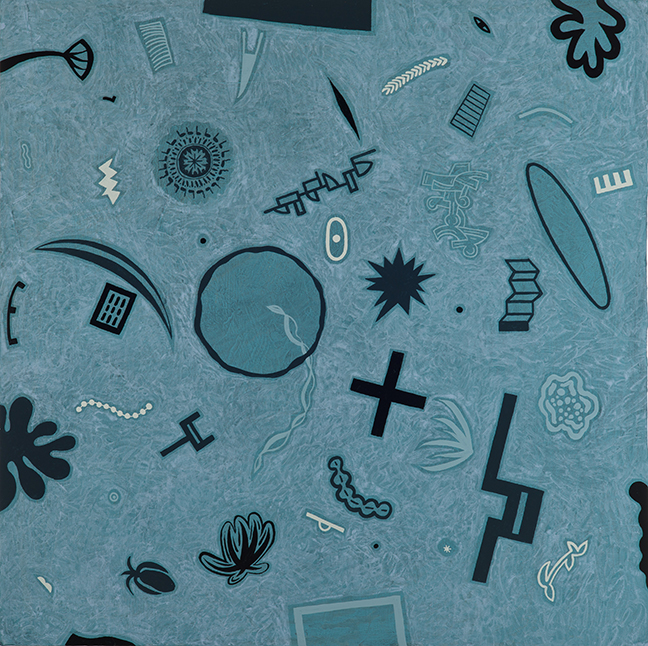 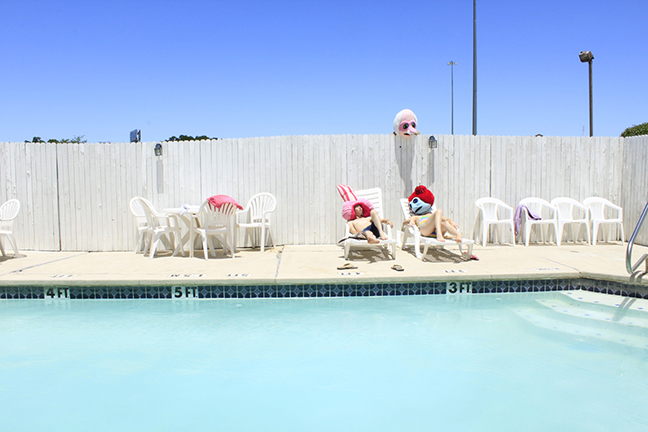 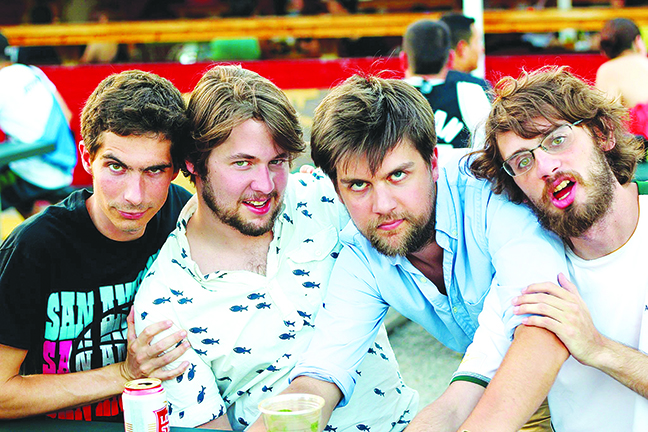 Popular as it is for the local music scene to throw shade at Austin, maybe we should refocus some of our ire on Seattle. For years now, some of the city’s best young musicians have decamped for the Emerald City, including former Current staffer and Bad Breaks bandleader Chuck Kerr. Bad Breaks returns this weekend for a Kerr b-day concert that doubles as a farewell party for Ronald Ray Gun. Yes, the newish band that just last September we were calling “whip-smart-meets-weed-stupid guitar glam” will officially trade SA for Seattle when RRG founder Jackson Floyd and his partner in musical crime, multi-instrumentalist Meg Lobasso, move in early March. They’ll be joining two other RRG members there and changing the band name to Komorebi. Both Floyd and Lobasso have taken part in some of the city’s most exciting musical projects over the past several years. Reflecting on that, Floyd wrote in an email that, “this show doesn’t necessarily feel like a final goodbye to Ronald Ray Gun but to all that San Antonio has been for us musically.” Also on the killer bill: FILMSTRIPS and We Leave at Midnight. Free, 9pm Saturday, Bottom Bracket Social Club, 1603 N Colorado, (210) 267-9160, facebook.com/BottomBracketSocialClub. —Callie Enlow

What Made Milwaukee Famous 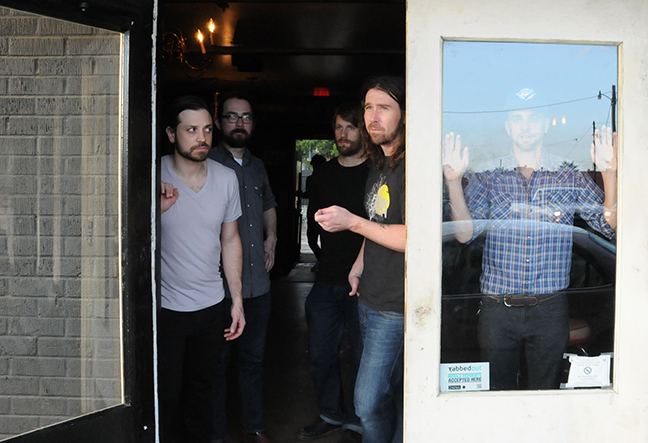 Initially riding the encroaching tide of mid-aught folk-rockers embracing melancholy beauty, What Made Milwaukee Famous has etched out a decade-plus career aiming towards the rock side of that folk hybrid equation. Signed to Seattle’s Barsuk Records for its first two albums, the Austin-based band ditched the label to self-release You Can’t Fall Off the Floor in 2013. It’s an album named to evoke positive energy at rock bottom, filled with content of the same. On this third effort, WMMF shifted slightly towards the avenues of pop and country–genres more compatible with each other than ever–to a successful and matured effect. Then again, it seems like quite the natural progression for a group named after a Jerry Lee Lewis tune. With mini “indie rock orchestra” Deer Vibes, pop-rock quintet Last Nighters and rock ‘n’ roll “Boy Scouts” the Cinderleaf. $5-$10, 9pm Saturday, Limelight, 2718 N St. Mary’s, (210) 995-7229, ticketfly.com. —Matt Stieb