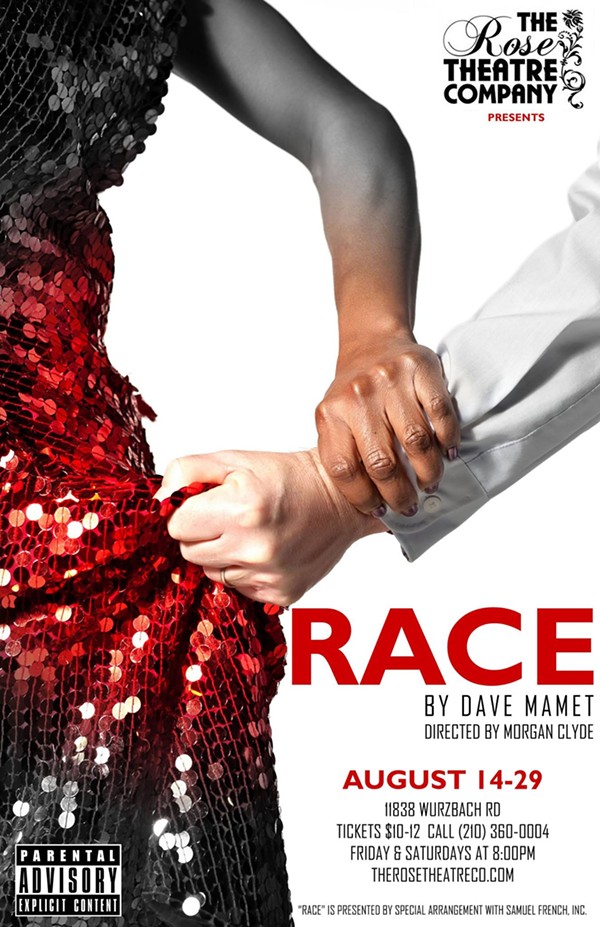 David Mamet tackles race and the self-consciousness that surrounds it in this gritty drama following three attorneys called upon to defend a high-profile white client charged with the rape of an African-American woman. Peppered with “Mamet speak” (the cynical, edgy, overlapping style for which the playwright is famous), Race raises a number of issues — guilt and shame among them — that critic Ben Brantley suggested “should offer ample nutrition for many a post-theater dinner conversation.” So call it a date night and leave the kids at home. Morgan Clyde directs at the Rose. $10-$12, 8:30pm Fri-Sat, The Rose Theatre, 11838 Wurzbach Rd., (210) 360-0004, therosetheatreco.com. — Murphi Cook