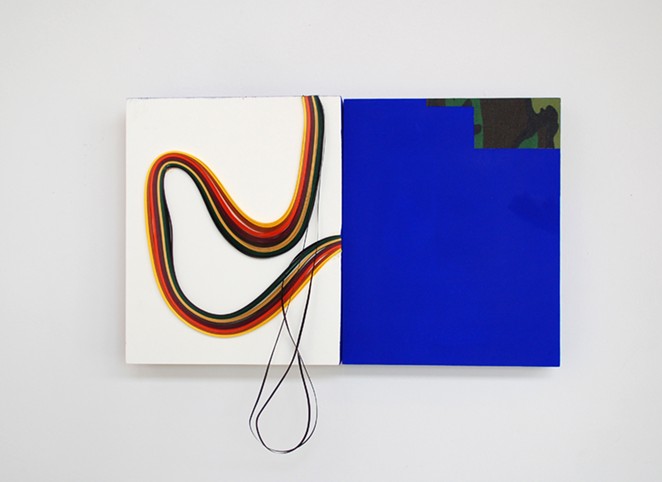 Robert Hodge
In addition to organizing the curiously titled group show “Did You Ever See Such a Thing as a Drawing of a Muchness?” (on view in the Hudson Showroom through April 30) Wisconsin-born Michelle Grabner acted as guest curator for the Spring 2017 edition of Artpace’s esteemed International Artist-in-Residence program, selecting the trio of Robert Hodge (Houston), Nicholas Frank (Milwaukee) and Kate Newby (New Zealand). An eclectic yet entirely approachable crew bound by thoughtful methods and conceptual sensibilities, Hodge, Frank and Newby spent the last two months living and working at Artpace and are set to unveil their solo exhibitions on March 16. Free, 6-9pm Thu, Artpace, 445 N. Main Ave., (210) 212-4900, artpace.org.
— Bryan Rindfuss

HBO/Live Nation
With the proliferation of movie/video-game-themed orchestral performances touring the world, Game of Thrones composer Ramin Djawadi has taken the opportunity to proverbially “turn it up to 11.” In addition to the live orchestra and choir, the Game of Thrones Live Concert Experience (try saying that five times fast) weaves in effects more akin to a rock concert than a night at the symphony. In this vein, the concert similarly eschews the typical orchestral venue, opting instead to install 360-degree stages on which performers rove below suspended monitors that display key moments from the show’s six seasons. The tour arrives at the AT&T Center approximately when the show would normally be gearing back up, so it serves as a timely way to top up on Westeros-related content during the maddening wait for the seventh season. $39.50-99.50, 8pm Thu, AT&T Center, One AT&T Center Pkwy., (210) 444-5140, attcenter.com. — Kelly Merka Nelson

Brian Freidman
In an interview with New York Magazine’s entertainment website Vulture.com about the changing nature of political humor, former Daily Show writer-producer Rory Albanese said, “Comedy’s role under Trump should be the same as it’s always been: a heady mix of truth to power and fart jokes.” Albanese’s recent multi-hat role on the now-canceled Nightly Show with Larry Wilmore gave him the opportunity to test that formula, satirizing the increasingly scary state of the union while playing a creepy bathroom bounty hunter hanging out in a high school girls’ room, a skeezy “backdoor expert” advising the government on the best way to get Apple to open up their iPhones, and the bloody-eared owner of a Flint, Michigan, waterpark. Jokes about farts might not lessen the stench, but they help pass the time waiting for the air to clear. $16, 8pm Thu, 8pm & 10:15pm Fri-Sat, 7pm Sun, Laugh Out Loud Comedy Club, 618 NW Loop 410, (210) 541-8805, lolsanantonio.com.
— Jeremy Martin
Fri 3/17 - Sun 3/19
Disgraced Luis Legaspi (as Abe) and Suhail Arastu (as Amir) in The Playhouse's production of Disgraced
If timing is everything then the Playhouse is about to make a point with its production of Disgraced, a thorny drama that earned politically inclined Pakistani American actor/author/playwright Ayad Akhtar a Pulitzer Prize in 2013. Widely produced across the nation in 2016, the 90-minute play zooms in on the complicated life of Amir Kapoor, a successful Manhattan attorney who’s all but divorced himself from his Muslim heritage yet becomes entangled in the court case of an imam charged with crimes agains the state. Fearlessly tackling identity, religion, race, xenophobia and terrorism, Disgraced comes to a head during an explosive dinner party Amir and his wife Emily (a white artist who draws creative inspiration from Islam) host for a couple comprised of a curator and a lawyer. David Rinear directs Suhail Arastu (as Amir) and Kate Glasheen (as Emily) in the San Antonio premiere of what The Washington Post once described as “a tough-minded inquiry that finds urgent dramatic connections in things that divide us.” $10-$40, 8pm Fri-Sat, 3pm Sun, The Playhouse, 800 W. Ashby Pl., (210) 733-7258, theplayhousesa.org. — Bryan Rindfuss

Beginning Friday, the Guadalupe Cultural Arts Center will present That’s Not Fair!/¡No Es Justo!: Emma Tenayuca’s Struggle for Justice, the center’s spring production. Adapted for theater from poet Carmen Tafolla and attorney Sharyll Teneyuca’s children’s book of the same name, That’s Not Fair! tells the story of Emma Tenayuca, a union organizer and labor rights leader who led 12,000 people in the pecan shellers strike of 1938. Staged in celebration of Tenayuca’s 100th birthday, this second incarnation of the play will be accompanied by live music and performances by the Guadalupe Dance Company, and sets out to honor the Mexican American activist who’s been recognized as a heroic figure in San Antonio’s history. $10, 7pm Fri-Sat, 3pm Sun, Guadalupe Theater, 1301 Guadalupe St., (210) 271-3151, guadalupeculturalarts.org. — Alejandra Lopez

Major League Baseball returns to San Antonio this weekend when a pair of championship-starved franchises prepare for a season-long journey to change their fortunes. Back in October, the Cleveland Indians fell to the Chicago Cubs in a World Series for the ages, giving up a 3-1 game lead to baseball’s former lovable losers. The Texas Rangers are no strangers to futility in the Fall Classic, coming one strike short of winning it all against the St. Louis Cardinals in 2011. Perhaps more than any sport, optimism abounds at professional baseball’s Spring Training and with stacked rosters in both dugouts, each fan base has high expectations. Don’t be surprised if outstanding starting pitching dominates the diamond for a few innings, before hitters can take a crack at the Alamodome’s short porch. $10-$77, 7:05pm Fri, 2:05pm Sat, Alamodome, 100 Montana St., (210) 207-3663, alamodome.com. — M. Solis

By recently dealing mercurial forward DeMarcus Cousins to New Orleans, the lowly Kings began the Buddy Hield era in Sacramento. A 6-foot-4-inch gunner from the Bahamas, Hield captivated college basketball, winning major individual accolades in his four seasons at Oklahoma. Although his game is still adapting to the speed and physicality of the NBA, Hield’s scoring average has jumped by five points since joining the Kings. On the other side of the ball, Kawhi Leonard continues to make a strong push for the league’s MVP award with sensational crunch time plays. Leonard’s overlooked offense has lifted the Spurs to victory in a string of tight contests, while his defense continues to draw comparisons to the all-time greats. If the Spurs overtake the Warriors in the standings, the Maurice Podoloff Trophy should join Leonard’s already impressive collection of NBA hardware. $15-$1,600, 6pm Sun, AT&T Center, One AT&T Center Pkwy., (210) 444-5000, attcenter.com. — MS 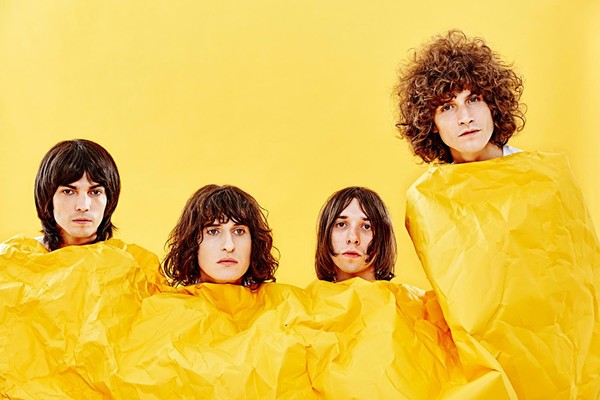