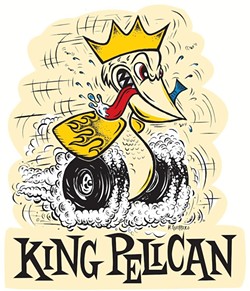 Third in a series of exhibits presented by the Alamo and the Texas General Land Office, “Standing Their Ground” promises to “bring the story of the Alamo’s Tejano defenders to life.” Visitors are invited to hear the words of several Tejanos and Tejanas who were eyewitnesses to history and learn how the Tejano women and children huddled in the protection of the Alamo’s thick walls to survive the siege. Location: The Alamo, 300 Alamo Plaza Art opening: “Art in the Garden” 5:30-7:30pm Friday, February 28
click to enlarge 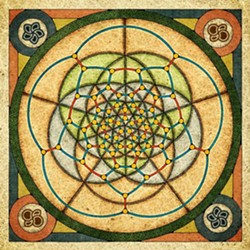 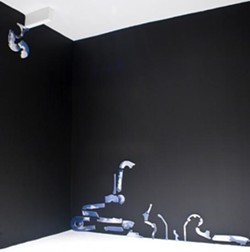 Hills Snyder’s “Steam” began in 2001 with an Artpace-funded visit to Amsterdam involving the gathering  of hundreds of bicycle parts and sound recordings. Not everything is known about what will happen with the project’s latest expression, including the ways in which Anjali Gupta, Sarah Fisch and Callie Enlow will collaborate. Location: AP Artlab, 1906 S Flores Get Outdoors! Hosted by the San Antonio River Authority and the National Park Service 9am-1pm Saturday
click to enlarge

This free family event with giveaways, games, health screenings and sports demos rounds up more that 50 organizations and local businesses in an effort to “encourage people in our community to get involved in outdoor recreation and education, learn more about our environment and promote a healthy lifestyle.” Location: Mission San Jose, 6701 San Jose Spring Jazz at the Falls featuring Slim Man Rolling Stone 7:30-9:30pm, Saturday, March 1

Once described singer/songwriter/composer Slim Man as “a near perfect example of how jazz and soul can be combined as pop.” Location: The Shops at La Cantera,
Gruene Hall Presents Free Tunes All Day
12-9:30pm, Sunday, March 2
click to enlarge

Rounding out a weekend celebration for  Texas Independence Day in Gruene, Amber Digby, Mike & The Moonpies, and Cody Jinks will play be playing at Gruene Hall, the Sylvia Kirk Duo at the Grapevine Inn and the Bo Porter Duo at the Gristmill River Restaurant. Location: Gruene