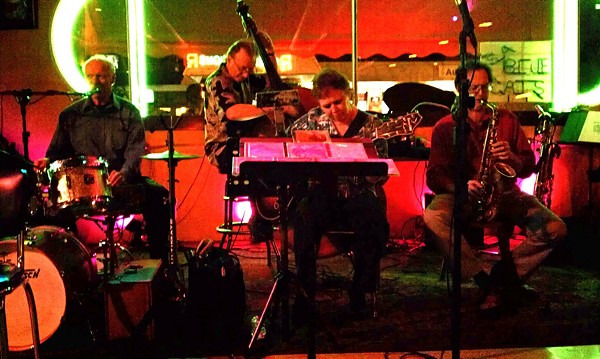 Courtesy
Part of TPR’s Cinema Tuesdays series, Rome, Open City contains one of the most famous shots in Italian cinema, but describing it would be a major spoiler. We’ll only say it made an international star of Anna Magnani, who plays an ordinary woman caught up in partisan resistance to the Nazis. Directed by Roberto Rossellini and co-written by Federico Fellini, it introduced postwar Italian cinema to the world and created talk of “neorealism,” shooting in the streets with non-professionals. It’s also a melodrama with stars, but its bombed-out locations give it a newsreel quality of 1945 Rome. $10-$15 (suggested donation), 7pm Tuesday, Santikos Bijou Cinema Bistro, 4522 Fredericksburg Rd., tpr.org

Anime at the Alamo celebrates a decade of bringing free anime to San Antonio audiences with screenings of Kamen Rider Gaim (a tokusatsu adventure series set in a castle town inhabited by monsters and dance crews) and Steins;Gate (a sci-fi drama surrounding a microwave that facilitates time travel), plus a tokusatsu presentation by Mecha Gorilla and prizes up for grabs from IELLO Games, RikRic Otaku Cafe and Behold Studios. Free, 7pm Tuesday, Alamo Drafthouse Westlakes, 1255 S.W. Loop 410,  (210) 677-8500, drafthouse.com