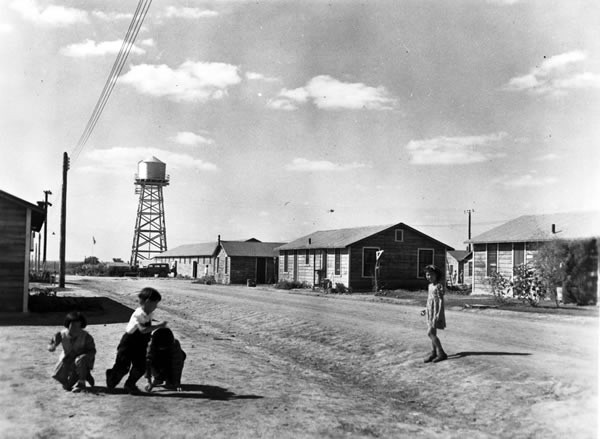 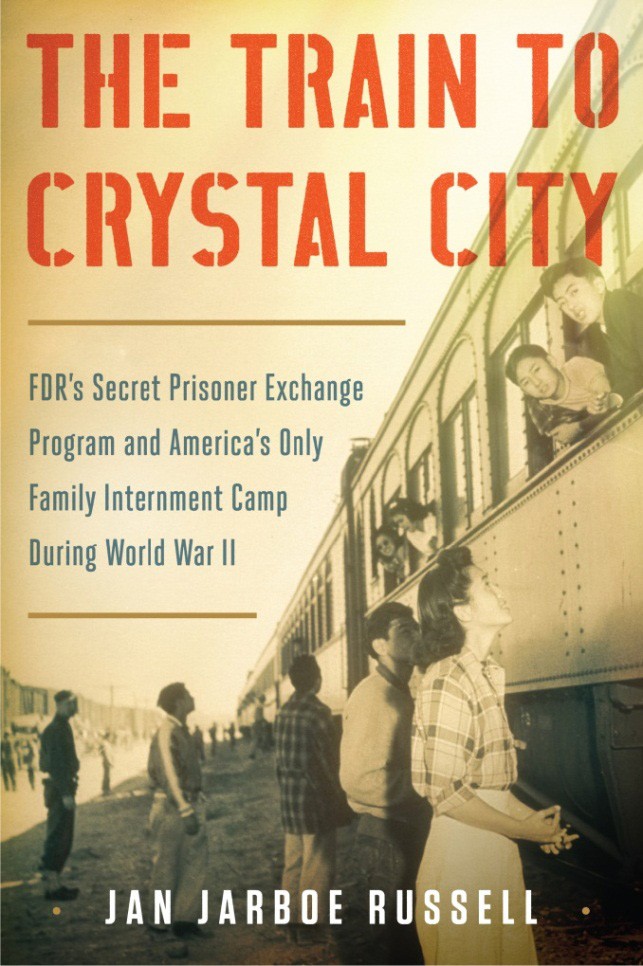 A fiberglass statue of Popeye stands opposite City Hall in Crystal City, Texas. The town, which calls itself "The Spinach Capital of the World," hosts an annual festival celebrating the Sailor Man's favorite salad green. But Crystal City, about 120 miles southwest of San Antonio, was also the site of something less palatable — the largest internment camp operated by the United States during World War II, the only one set up to house entire families. Inscribed on a granite monument designed by Alan Taniguchi, a former internee, is a wish that "the injustices and humiliations suffered here as a result of hysteria, racism and discrimination never happen again."

Surrounded by a 10-foot-high barbed wire fence, the 290 acres that constituted the Crystal City Internment Camp were secured by six watchtowers as well as armed guards patrolling the perimeter on horseback. It received its first inmates in 1942, following Franklin D. Roosevelt's Executive Order 9066, which directed the evacuation of all Japanese nationals and their families from the West Coast. It did not close until 1948. Approximately 6,000 detainees spent time in the camp, which held 4,000 at its peak. About two thirds were Japanese, but the camp also held Germans and Italians. During a brutal war, the United States was taking no chances on "enemy aliens" in its midst. In fact, Japanese, Germans and Italians in 13 Latin American countries were also rounded up and sent to Crystal City against their will, as well as to other internment camps far from home. Thrown together in Crystal City, Japanese, Germans and Italians were often hostile toward one another.

In The Train to Crystal City, Jan Jarboe Russell's superb archival research documents a woeful chapter in American history. Through extensive interviews with former detainees and their relatives, Russell, a San Antonian who is the biographer of Lady Bird Johnson, also traces the complex, gut-wrenching human dramas that unfolded before, during and after the ordeal of relocation. Particularly poignant is her account of how internment divided families. Even when they were not active agents of a foreign government, many immigrants maintained affection for their native land and language, while their American-born children could not imagine loyalty to any nation but the United States. While many Issei still felt Japanese, many Nisei demonstrated their pride in America by volunteering to serve in the 442nd Regimental Combat Team, a Japanese-American combat unit that became the most highly decorated group in U.S. military history. Torn between Old World parents and the country of their birth, many children felt betrayed by a nation that, despite their fierce loyalty, violated their fundamental freedoms.

Russell explains how the Pearl Harbor attack triggered a national panic in which imprisoning thousands of suspects and seizing their property without trial seemed natural. However, she also notes that some detainees — such as Fritz Kuhn, a naturalized citizen who was leader of the German American Bund, a convicted embezzler, and a bully — did pose security risks. In addition, she explains that fear of a fifth column was only one motive for internment. The United States was also negotiating prisoner exchanges with its enemies. Rounding up Japanese and German immigrants provided bait to swap for Americans. 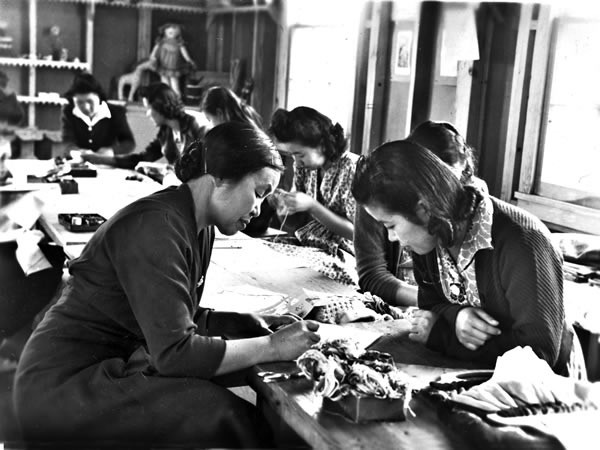 The interest that the Japanese and German governments took in their nationals held in a camp in Texas provided an incentive to treat them well, lest Americans trapped in Japan and Germany suffer retaliation. However, apart from the sheer outrage of incarceration in a distant, sweltering facility, the Crystal City Internment Camp was, as depicted by Russell, a relatively benevolent place to warehouse human beings. The camp's director, a lonely, alcoholic bachelor named Joseph O'Rourke, took paternal interest in the children under his authority, making sure that the three schools within the compound — American, Japanese and German — provided a solid education.

The most vivid scenes in Russell's book occur toward the end, when a few fathers choose repatriation, and families — including reluctant American children — struggle through the war-ravaged landscapes of Germany and Japan. Russell also follows Irene Hesenberg, a Jew freed from the Bergen Belsen death camp in exchange for Ingrid Eiserloh, a German-American dispatched from the Texas internment camp.

Crystal City was the birthplace, in 1970, of the Raza Unida Party, which helped put an end to the disenfranchisement of its largely Mexican-American population. Long after the internment camp was dismantled, mistrust of strangers continued to blight lives. In our time, when demeaning labels such as "illegal" and "alien" are routinely applied to human beings, Russell's richly textured, stirring account is timely, even urgent.