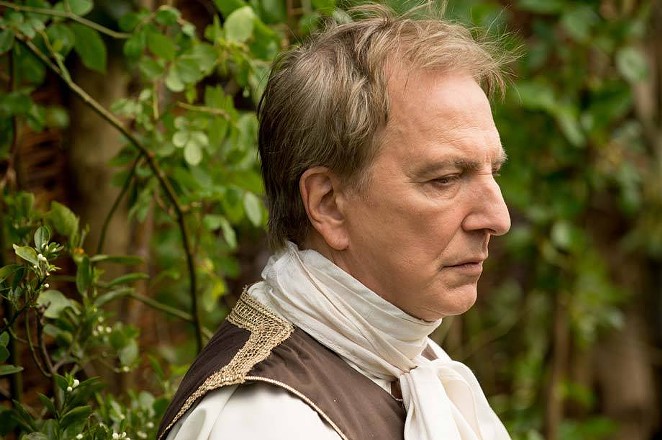 Courtesy
Alan Rickman, 1946-2016
As if the last two months couldn't get any worse regarding the deaths of formidable legends, Alan Rickman, one of Britain's supreme acting talents, has passed away after a battle with cancer.

Rickman was most well-known for his portrayal of Severus Snape in J. K. Rowling's Harry Potter Series. However, not only was he a renowned stage actor, but his movie credits display the span of his ability, including Kevin Smith's sacrilegious send up of christianity, Dogma, his portrayal of curmudgeon and CBGB's owner Hilly Kristal in CBGB, Die Hard, Robin Hood: Prince of Thieves, Love Actually, Something the Lord Made, Sweeney Todd: The Demon Barber of Fleet Street and the forthcoming Alice Through the Looking Glass.

Below is Rowling's tweet regarding the death of her friend and the embodiment of one of her most complex characters. 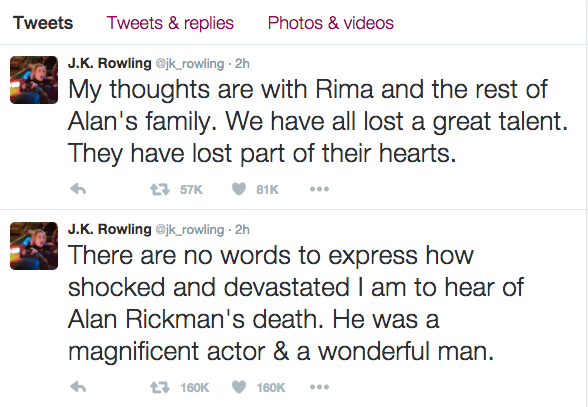