Architectural Firms that Have Changed our City’s Landscape 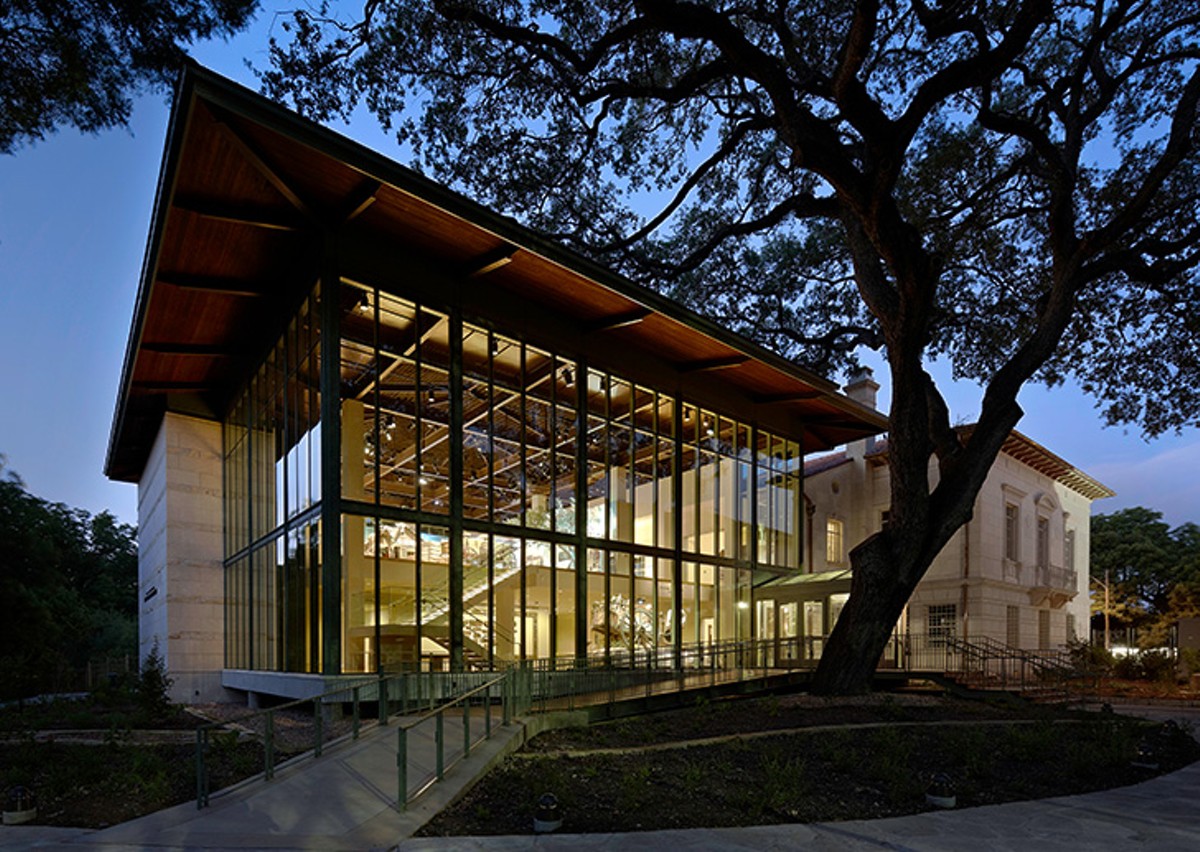 Much to the consternation of those in the architectural profession (to which this writer has belonged for more years than he might care to mention), the vast majority of Americans won't ever come into close working contact with an architect. Speaking for the fraternity (and, despite some notable exceptions, it has been mostly that — though times are changing), this is a shame. Yes, it may be our collective fault that the image of architects has been formed by the more extreme among us (I'm thinking here, as you might be as well, of the Imperious Architect exemplified by Frank Lloyd Wright and the Flawed Genius that is Ayn Rand's Howard Roark in The Fountainhead), but allow me to affirm that most of us aren't scary characters swooping about in capes or secretly plotting to blow up offending buildings. We truly care about people, the environment, our collective hopes and dreams.

And we want you to have a sense of curiosity about buildings and their surroundings — to develop an "I wonder who did that?" mentality, in other words. The following is a short, "Oh, they did that" list of local firms whose work you might already have noticed — or now will. It's not comprehensive, but it's a start.

"We're a bunch of middle-class kids, and we still have that idea of 'How can you do something [that works] for most of the people?'" says founding partner Irby Hightower of himself and his cohorts at Alamo Architects. "There's a middle range," he adds, "that doesn't get that much attention ... " Over the years, AA has focused that attention on making the most of often tossed-off projects such as shopping centers and parking garages — the city garage on North St. Mary's Street being a good example of making a fun experience out of a necessity. Current, people-centric projects include master planning for Civic Park, the new entrance to H Park (as Hemisfair Park is now known); the corner of South Alamo and Market is to become a "highly programmable" space for year-round public activities. But the firm also has a hand in educational, institutional, multi-family and even historic projects. Two apartment complexes designed near the firm's SoFlo offices are the 252-unit Cevallos Lofts and the soon-to-be-completed Big Tex apartments on the river south of Blue Star. If these are the kinds of projects that aren't always big attention getters, don't feel too sorry: The firm was also responsible for the much media-hyped (and Guinness-recorded) move to its current location of the historic half of what became, after additions and renovations, the Fairmount Hotel. 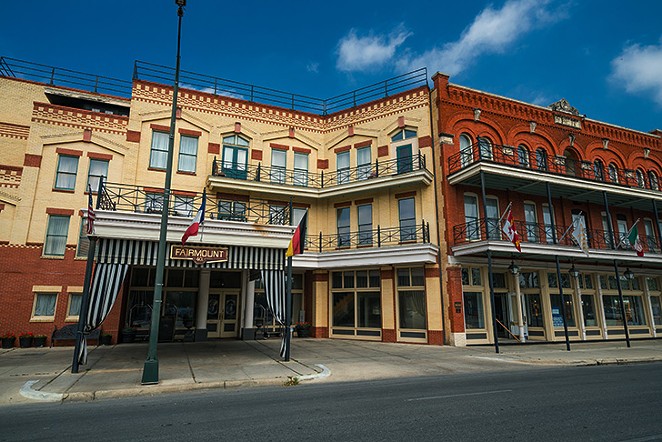 Lewis Fisher and Jim Heck, founding partners of Fisher Heck Architects, have their roles pretty much figured out: "Jim does the religious work and I concentrate on preservation," says Fisher. Except, maybe, when the two coincide as they did at the firm's restoration of the interiors of San Fernando Cathedral and the design of the adjacent San Fernando Cathedral Centre. As is the nature of preservation, the architect's hand is often less seen — Fisher is currently working on restoring 10 houses in Hemisfair Park that "are in various degrees of completion" and will eventually house such functions as a micro-brewery and a paleta shop, following in O'Neil Ford's footsteps he has had a hand in continuing work at La Villita, and the firm recently completed extensive work at The Landmark Inn in Castroville. Heck, on the other hand, occasionally gets clients whose intent is to stand out — even at highway speeds. Such is the case with Concordia Lutheran on 1604. If you have ever wondered who was responsible for the three-dimensional cross/tower west of Blanco, this is who. Culturally prominent, of course, is work the firm has done at The Basilica of the National Shrine of the Little Flower on the West Side. 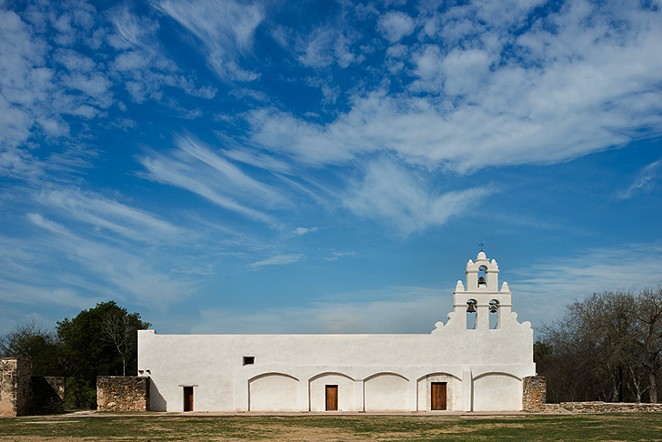 This venerable firm's founder, O'Neil Ford, who came to San Antonio in 1939, immediately began work on the restoration of historic La Villita and barely slowed down until his death in 1982. Ford's early work was largely residential, for which he developed a reputation for designing with the climate and with respect for local building materials and traditions. A reputation for planning at a larger scale was launched with the design of the Trinity University campus in the late '40s — a project for which the firm eventually designed more than 50 buildings, including the iconic campanile and Laurie Auditorium. A specialty in historic preservation re-emerged in the mid-'60s; since that time, the firm has had a hand in such local landmarks as Sunset Station, The Pearl Stable, all of the missions, including the Alamo ­— and the Texas State Capitol building. Competing only with the Tower Life Building for skyline status is the Tower of the Americas. Serving as stylistic bookends are two museum projects, the earth-bound Cowboy Artists of America in Kerrville and the sleek, glassy South Texas Heritage Center at the Witte. Prowess in landscape design and planning is exemplified by the Museum Reach segment of the River Walk — yes, this didn't just happen. FPC has long been, and continues to be, an incubator of young architects who have gone on to display their own talent. 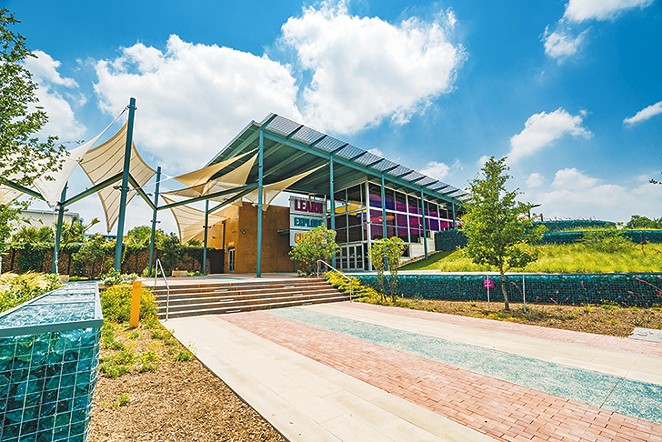 Even casual observers of architecture in San Antonio might be excused for thinking that this 30-something firm is doing all the new work in town: the DoSeum, The Tobin Center, the Witte expansion and reordering ... and it's true that theirs is a high profile. But like many once-fledgling architects, David Lake and Ted Flato first came to our attention with a residence, a three-part rural structure that managed to embody in a single stroke many of the precepts the firm would go on to develop in much larger work. (Houses remain a focus, however, each of them evincing an "I'd like to live there" response.) And from the almost-delicate Government Canyon Visitor's Center to the ultra-urban Pearl Brewery Redevelopment, the firm has maintained and nurtured an abiding interest in local vernacular and universal sustainability. That two of the AIA (American Institute of Architects) Environment Top Ten Projects for 2016 went to Lake Flato is no accident. You'll have to make a specific visit out of town to experience the eco-tourism site that is the World Birding Center in Mission, Texas — but you may already have been several times to the AT&T Center/Spurs Arena. Consider cheering on the architects and their staff with the "superhuman work ethic" at the same time; this is the AIA's national Firm of the Year for 2004, after all.

Established in San Antonio in 1987, this is a local firm with global reach. Here's a statement from the firm's website: "Our mission is to model how we should live and to influence the world through the practice of architecture." This could easily seem grandiose (though most architects would secretly, if not openly, acknowledge similar leanings) if it were not for the firm's work, both built and unbuilt. The firm's Haven for Hope is "the largest and most comprehensive homeless facility in the United States," and its campus was "designed to be an open, welcoming facility integrated into the city and the neighborhood." Influencing our cultural lives are projects such as SAMA's Asian Art Wing and the Lady Bird Johnson Wildflower Center in Austin; impacting our spiritual side are the Episcopal Church of the Holy Spirit in San Antonio and, for those of us who equate art and spirituality, the completion of the late Ellsworth Kelly's Austin, a kind of contemplative chapel to art that has been compared to the Rothko Chapel in Houston. Other buildings you might have seen include the billboard-like South Texas Blood & Tissue Center on I-10 and the former Clear Channel office building near the Quarry. FYI, Overland's staff includes an especially large number of women, a commitment to influencing the practice as it, in turn, influences the world. 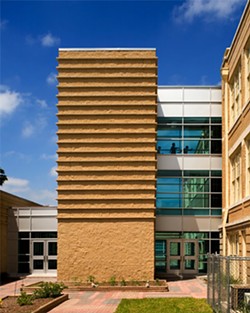 Muñoz & Company is the current iteration of a grand old San Antonio firm dating back to 1927; it has recently been called Kell Muñoz and before that, JonesKell. The firm's website reveals the company to be more politically engaged and diversity-centered than many (see the Mestizo Deluxe blog); its recent building portfolio exhibits a wide range of building types and approaches — from foursquare and civic (the Paul Elizondo Tower at the Bexar County Courthouse) to brilliantly graphic (a fine arts center in the borderland city of Edcouch-Elsa, Texas, near McAllen). Libraries tend to stand out (Southsiders will appreciate the Mission Branch Library, suburbanites the dramatic public library for Schertz). Academic buildings are another focus, with a project for SAISD's historically African-American Douglass Elementary on the East Side inspiring this statement: "Muñoz & Company believes that architecture should provide a rich variety of spatial experiences that encourage every student to explore in a safe and fun environment." The notion of exploration, we can assume, will equally inform the San Pedro Creek Improvements Project for which Muñoz & Company is the Lead Architect of Record, supported by Alamo Architects and Ford, Powell & Carson. 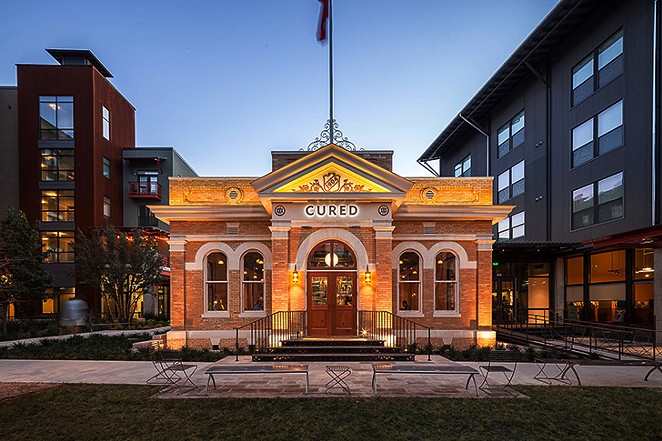 If the prominent firms above get much of our limited architectural attention, several smaller (and often younger) firms are already impacting us on a finer-grained daily level. Kristen Wiese Hefty's Dado Group (dado-group.com) provides both design and construction services; you may have seen their work on the now-closed The Monterey restaurant in Southtown and The Granary 'Cue & Brew on the Pearl campus. Also at Pearl can be found works by Urbanist Design's Jonathan Card. A Lake Flato veteran, Card, who has just joined forces with Austin's Clayton & Little Architects (claytonandlittle.com), is responsible for designs at Cured, Local Coffee and the now-shuttered Arcade. By all means check out the informative and inspirational website of Brantley Hightower's Hi.Works (hi.works); somehow Hightower found time to publish "The Courthouses of Central Texas" while doing projects such as the Keystone School's Central Quad. And while much work appears to be unbuilt or purely theoretical, we suspect it won't remain that way for long. 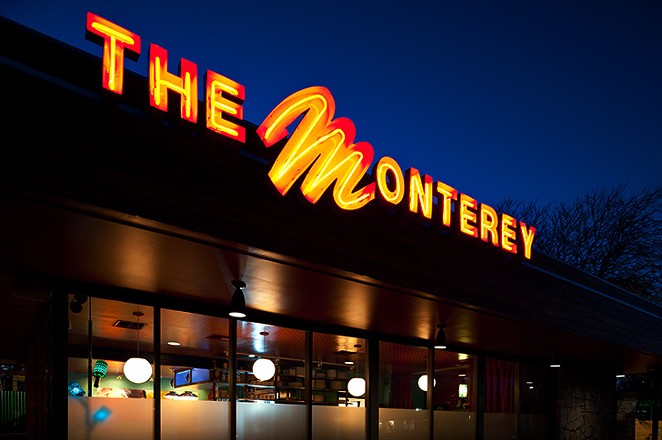 Also keep your eyes on Jay Louden and his firm, Work5hop (work5hop.com). His is another website that is at pains to explain the process of working with an architect; his firm, in collaboration with Hi.Works, recently won a design competition for a new control tower at Stinson Field. Though much of his output is residential involving both restorations and new construction in and around Lavaca and in Marfa, architect Candid Rogers, who also teaches at UTSA, is responsible for the sensitive repurposing of an old service station into Bliss restaurant in Southtown, and we expect to see more of his work as well.