Carlos Mencia on Homicidal Rage, Cyber-bullying and Other Funny Stuff 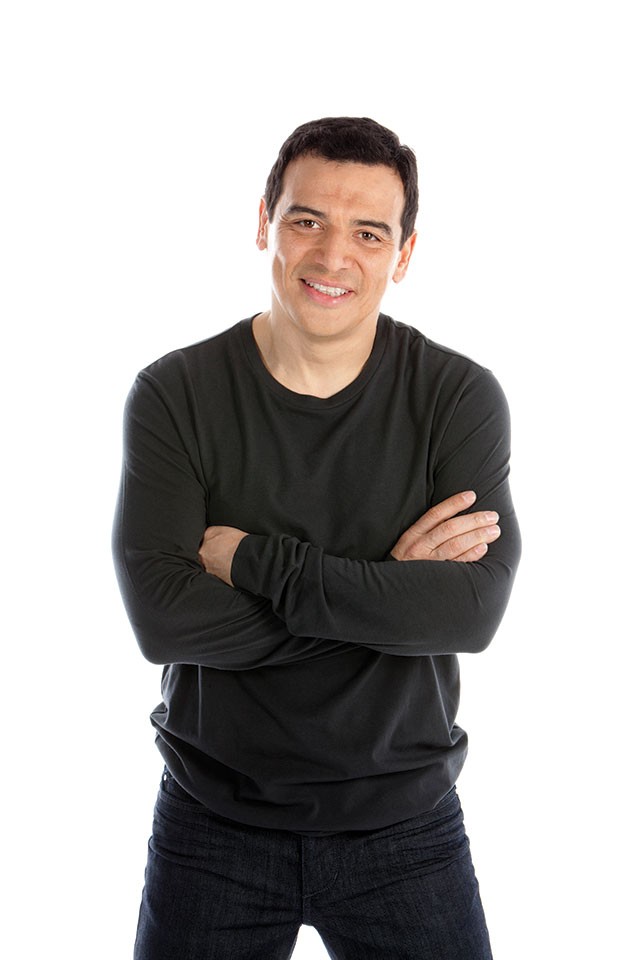 It’s been nine long years since the first joke-stealing allegations surfaced against stand-up comedian Carlos Mencia. Although the outcry by fellow comedians and the public is no longer at the fever pitch it was back in 2007, the aftereffects spread like hellfire and were devastating to Mencia’s professional image. Despite this, the Honduras-born stand-up, best known for his four seasons as host of the Comedy Central TV show Mind of Mencia, has persevered and says he has come out on the other side mostly unscathed. “All I know is that I don’t have anything to prove to anyone anymore,” Mencia, 46, told the Current during a phone interview to help promote his tour stop at San Antonio’s Laugh Out Loud Comedy Club. “I want people to just come out to my show and leave laughing so much that their stomachs are hurting. I’m a comedian so it’s my job to make people laugh for a living. That’s all I care about.”

How do you deal with the negativity still aimed at you and just focus on what you do? I mean, it’s not nearly as rampant as it was before, but I just saw on your Twitter feed someone wishing you were dead.

They’re just words from some sad, pathetic human being. What kind of pain, hurt and negativity has this dude been through that he wishes me dead? I mean, kids are killing themselves today because they’re being cyber-bullied. Of course we should try to stop it, but there are always going to be people like that out there that exist—the ones who want attention. I’m sure whoever posted that about me wanted me to respond.

When all the joke-stealing allegations were at their peak, did you feel like other comedians in the industry were bullying you?

Of course! The thing about my situation was that it happened during the early part of the internet. It was the one place people could go and be utterly negative and do it anonymously. I will never live in that place again.

Well, I never had a plan, but I thought, “If I kill myself, I’ll just kill myself.” Then I thought, “No, because then the haters will win.” I would think things like, “Man, I could get a gun right now and go to a comedy club and shoot all the comedians. I won’t kill myself, so they can interview me over and over and I could scare all these comedians so they could see what happens when you try to ruin somebody’s career and life without ever thinking about that person as a human being.”

So not only were you suicidal, you were homicidal?

Oh, God, yes. It’s funny now, but in the darkness of those moments in your mind, it really is a whole different place. I mean, what was I thinking? What was wrong with me? Those thoughts in somebody else’s mind, though, could become real.

You’ve said in the past that the best stand-up comedians always have something to say. What are you trying to say these days when you’re on stage?

You know, I was processing that idea the other day. I’ve always been that comedian who goes on stage and tells a joke and a certain amount of people will be like, “Oooh!” I’m like, “Why are you saying ‘oooh’? We’re all just having fun. There is no ill will here. These are all jokes!” I think the message in my act has always been that it’s OK to laugh. You’re not a bad person if you laugh.

Do you think it’s because people are just a lot more easily offended these days?

Yeah, but I don’t understand why people go to comedy shows and freak out and don’t laugh. I think I make the world a better place when I serve my purpose. My purpose in life is to make people laugh about everything and anything. We should be able to laugh at each other and laugh at ourselves. In America, we’re OK with jokes about reality. We just want those jokes given to us by somebody who is not real. What I like to do in my stand-up is to say, “Let’s laugh at all that same stuff and do it amongst each other. Let’s not have a cartoon or a puppet be our go-between.”

I have to say, you sound a lot less angry than you have in the past.

I’ve been doing this long enough to say, “If you like what I do, great. If you don’t, I don’t care. If you wish me dead, God bless you. If you want to come see me perform, I’m going to put on the greatest show I possibly can. Hopefully it’s the best you’ve ever seen.” That’s where I live now. It’s a great place to be.