Chekhov Checklist: The Topsy-Turvy 'Vanya and Sonia and Masha and Spike' 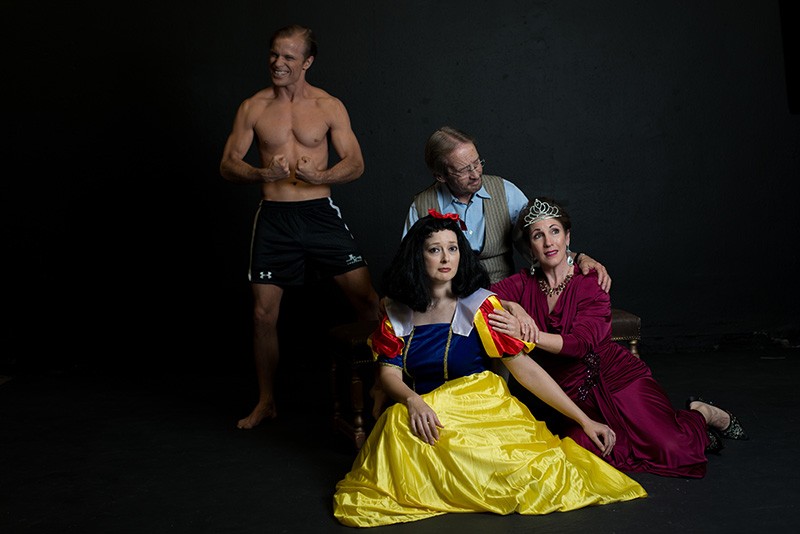 After his sister Sonia echoes a line from The Seagull ("I'm in mourning for my life"), Vanya replies: I hope you don't make Chekhov references all day." Later, Sonia argues with Vanya over whether their nine or 10 cherry trees constitute an orchard. Sampling The Seagull again, she also proclaims: "Our lives are over." Throughout the long, eventful day covered by Christopher Durang's 2012 play, the characters make references not only to The Seagull but also to Uncle Vanya, The Cherry Orchard, and Three Sisters. And not only to Chekhov, but also to Molière, Shakespeare, Virgil, Aeschylus, Tennessee Williams and Neil Simon, among others. Vanya and Sonia and Masha and Spike — whose title echoes Paul Mazursky's 1969 film Bob & Carol & Ted & Alice – is comic metadrama, a self-conscious work in which most of the characters are actors or would-be actors and all the play's a world.

Vanya, Sonia, and Masha are 50-something siblings whose late parents — college professors — named them after Chekhov characters. Masha has gone off to become a world-famous movie star, while Vanya and Sonia were left behind to nurse their aging parents and their grudges. Vanya, a gentle, virginal gay man, seems resigned to a dull existence in the family farmhouse in Bucks County, Pennsylvania, gazing at the pond and hoping to catch a glimpse of the blue heron. But Sonia is a first-class kvetch.

"We have never really lived," she grouses. "My life is pointless." The return of glamorous Masha, accompanied by a 29-year-old hunk named Spike, revives old rivalries and resentments. She also intends to sell their house, though it brings her into conflict with a cleaning woman portentously named Cassandra, a nutty psychic who uses sinister spells to get her way.

Each of the characters is given a theatrical aria, a dramatic solo riff. For Vanya, it is an extended monologue in which he pines for the vanished world of typewriters, rotary phones, Perry Como, and I Love Lucy. For Cassandra, it is a woozy, bluesy voodoo incantation. For Spike, it is his rabid reproduction of an audition he underwent for a part in a TV series. And for Sonia, it is her side of a telephone conversation with an attractive, mysterious stranger.

As homely, doleful Sonia, Anna Gangai seems cast against type — the forceful, vibrant personalities she has played as Amanda in Private Lives and Judy Garland in End of the Rainbow. However, one of the principal pleasures of this production is seeing how, dressed for a costume party, as the Evil Queen to Masha's Snow White, Gangai transforms herself. Pretending to be Maggie Smith on her way to the Oscars, Gangai's mousy Sonia suddenly becomes downright majestic.

John O'Neill also reveals unexpected depths to Vanya, a closeted playwright who has written a curiously apocalyptic closet drama. Emily Spicer's Masha is a snooty celebrity and — married five times — a lonely, walking midlife crisis. John Stillwaggon's beefcake Spike remains from beginning to end an opportunist and a stud. McKenna Liesman's Nina is a pretty, starstruck neighbor who maintains her sweet innocence through it all. Danielle King endows Cassandra, the family's African-American domestic, with scene-stealing attitude. "Beware of Hootie Pie!" she intones, and, before the reference becomes apparent, few would hazard a bite of even lemon meringue.

For all its madcap, anarchic mischief, Vanya and Sonia and Masha and Spike is a sentimental affirmation of the power of family ties. Durang's play covers about 24 hours in the lives of its characters and, though it seems longer, only 2 hours and 45 minutes in the lives of its audience. The work might have been cut by half an hour without significant damage. The winner of a Tony for best play in 2013, Vanya and Sonia and Masha and Spike has been the most frequently produced play throughout the United States during the 2014-2015 theatrical season, staged more than twice as frequently as the next closest contender, John Patrick Shanley's Outside Mullingar. However, it is hard to imagine any of this year's 26 other productions more effectively cast and mounted than the one that Diane Malone has directed for San Antonio's Classic Theatre.

Vanya and Sonia and Masha and Spike