The mural also features musician, actor and educator Brizzo Torres, who used part of her winnings to fund the project. 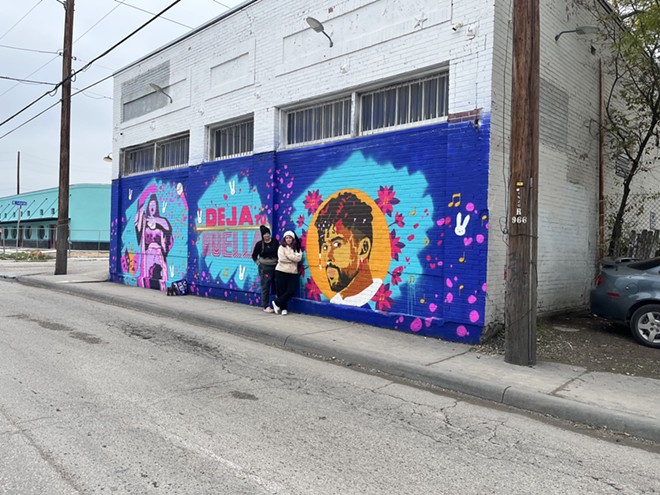 Torres, the founder of The Good Good Collective, was one of 20 recipients who received funding this year through Bad Bunny's campaign, which awards grants to people doing positive work in the Latinx community. Torres' group brings free art programs and education to underserved communities of color.

Torres used a portion of the funds to sponsor the mural, located at 1874 W. Laurel St. Her Good Good Collective chose local Puerto Rican-born muralists and sisters Angelica “MYTH” Leandra and Paola “DANE” Sanchez to work on the project.

“We have been following their journey over the years, and their work captivates our hearts,” Torres said of the pair.

The colorful artwork includes a stylized representation of Torres and of Bad Bunny himself. In the center are the words "Deja Tu Huella," meant to inspire viewers to “leave their mark” on their community.

Torres said the award money from the Deja Tu Huella campaign — which is cosponsored by Bad Bunny and Cheetos — also well help her organize The Good Good Collective as a 501c3 nonprofit.

The two muralists were all smiles Wednesday afternoon as they put finishing touches on the project. Leandra said viewers can find motifs representative of Latino culture, Torres and Bad Bunny in the mural. 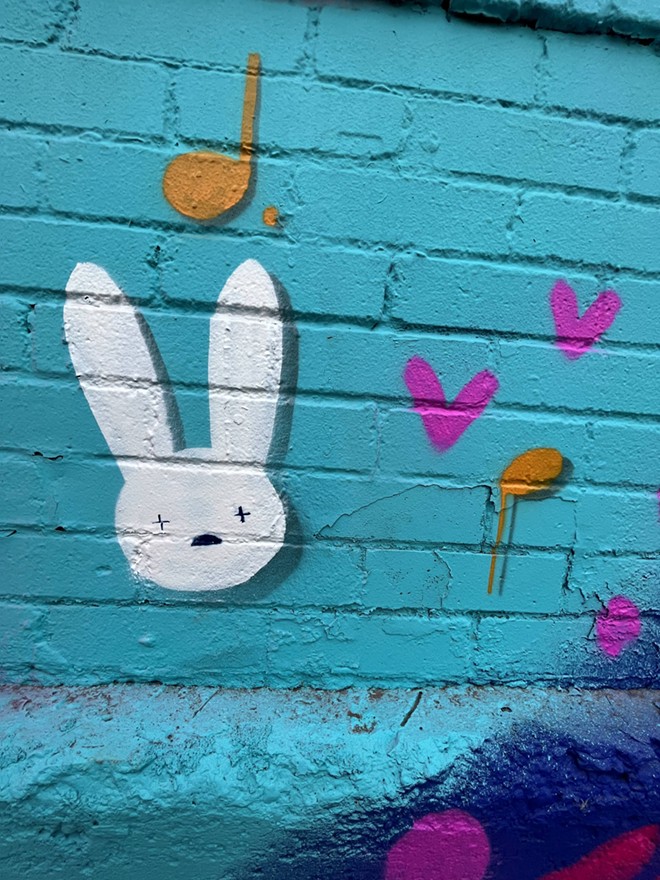 Fittingly, the new project sits adjacent another 65-foot mural completed last year by Leandra. That nearby painting honors Monique Rodriguez, a 29-year-old woman who was struck and killed by a suspected drunken driver while waiting at the Navidad and Culebra bus stop.

While inspecting the wall and going over what needed to be done prior to completion, Leandra said the mural was in “the home stretch” and hopes it will be done soon, weather permitting.

Torres said she's eager for the new mural to bring more awareness to the work of the two muralists. The sisters also share their talents with the community by teaching art in classrooms across San Antonio.