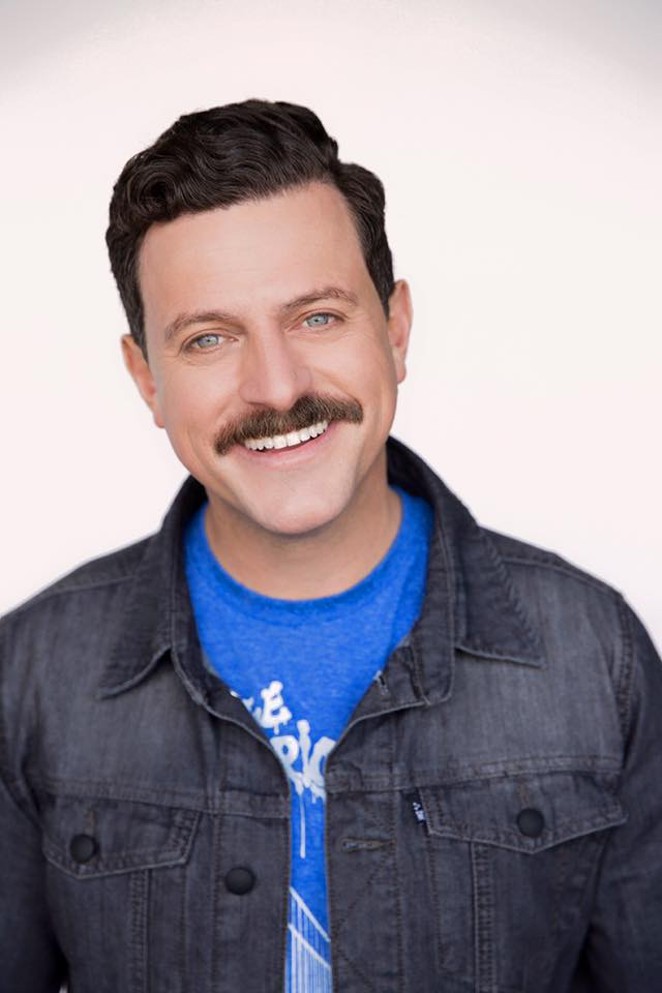 Chris Fairbanks is sweeping into San Antonio for a live show, and rather than hitting up LOL Comedy Club — a more frequent stop on standup tours — he's spreading the love to a venue some consider the city's best-kept comedy secret.

Fairbanks has been active in the comedy scene for quite a while with an oeuvre that encompasses everything from Paul Ryan parody videos to getting sniped by a golden retriever on Funny or Die.

If his name isn't ringing a bell, then you might know him by association with his Do You Need a Ride? podcast co-host Karen Kilgariff, who shot to fame with her other, bloodier podcast: My Favorite Murder. Now a part of Kilgariff's Exactly Right network, Do You Need a Ride? is recorded while driving through L.A. — usually while ferrying guests to or from the airport.

Although he grew up in Montana, Fairbanks has dubbed his current traipse through Oklahoma, Louisiana and Texas the "Southern Gentleman's Tour." One sign of his gentlemanliness is the ticket price for Monday's show, which maxes out at a mere $15. Not bad for a high-falutin' Angeleno.