The weekly podcast is hosted by Scott Aukerman. 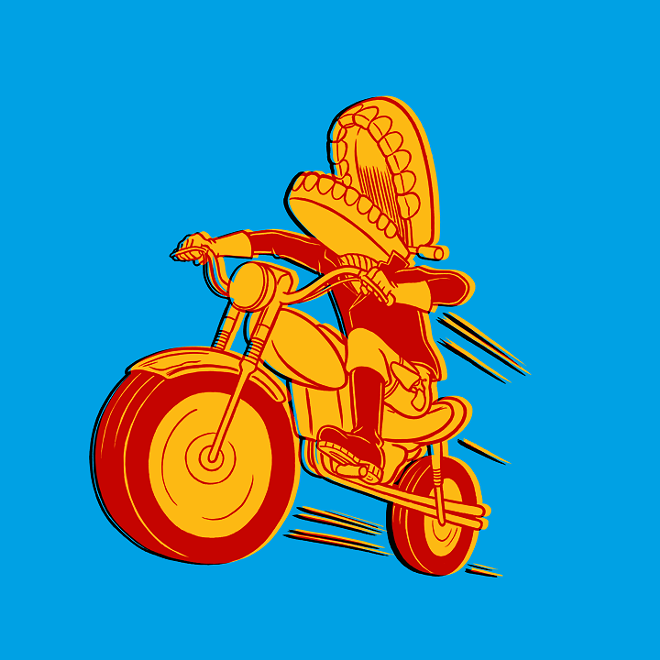 Facebook / Comedy Bang Bang
Comedy Bang Bang is referred to by some as Humanity's Podcast
In celebration of its 13th anniversary, the weekly podcast hosted by Scott Aukerman (director of Between Two Ferns) is currently on tour and making a San Antonio stop to entertain fans with its unique brand of humor.

Referred to by some as Humanity's Podcast, the show includes guests doing celebrity impersonations, skits, improv-style games and creating other silliness on stage. Notable games include "Riddle Me This," where a guest sets up a joke with a question, followed by contestants making up answers and voting for the funniest response.

There's also "Freestyle Rap Battle/Contest," in which guests compete as rap artists, and "What Am I Thinking?" where guests use word association to guess the word their counterparts are about to say. Recent guests have included Adam Pally (Happy Endings), Jon Daly (Kroll Show), Jack Quaid (Vinyl), Andy Richter (Conan) and Ben Schwartz (Parks and Recreation).

As of press time, the podcast had wrapped up episode No. 765. When discussing how many episodes he'd like to make before calling it quits, Aukerman joked a few years ago that 1,000 episodes might be the magic number. "Honestly, 1,000 is great for a baseball player," he said. "Why wouldn't I want to achieve that?" In 2012, the podcast spun off into at TV show on IFC that lasted for five seasons.

San Antonio's Spurs Give and Frost award $200,000 in grants to local nonprofits to fund repairs