San Antonio may have found a diamond in the rough with the addition of the Baylor forward. 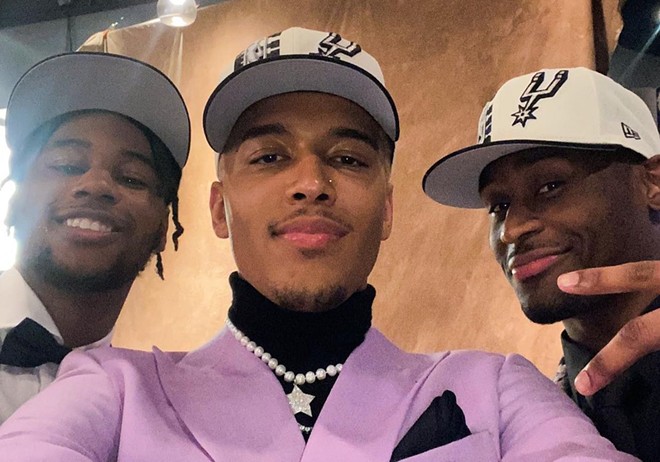 While few projected the Spurs would score Jeremy Sochan with their No. 9 spot in the 2022 NBA Draft, San Antonio may have found a diamond in the rough with the addition.

The English-born 19-year-old's ability to impact the game solely with his presence could prove a valuable piece to the team’s long-term development. There are players who want to win and then there are players who will fucking win, and by most accounts, Sochan is the latter.

The 6’10”, 230-pound player has a high-octane motor that mirrors the energy of fellow Spurs teammates Dejounte Murray and Keldon Johnson, which will likely earn him a place in the starting lineup, filling the much needed No. 4 spot.

The Big XII 6th Man of the Year crept out of the shadows during his freshman season at Baylor University, proving his worth as an NBA-ready wing due to his ability to actually defend across all positions. Thanks to his elite lateral mobility, Sochan has proven to be adept at pestering offensive players and carries his ability to get under an opponent's skin like a badge of honor.

Offensively, Sochan is no slouch either. Observers say he's a magnet to the ball on the offensive glass. Plus, with a high basketball IQ, he is a coach’s dream player.

But with every high come some lows. Sochan has low shooting percentages from the charity stripe and beyond the arc. However, San Antonio has a long history of steadily improving percentages among players such as Murray, Tony Parker and Kawhi Leonard, so that may be something the team can remedy.

Adding to the Spurs' haul of first-round draft picks are guards Malaki Branham (20th pick) and Blake Wesley (25th pick). Their addition to the organization may be an indicator the team is parting ways with restricted free agent Lonnie Walker IV. The key to their impact relies on their development under the mentorship of Murray and Head Coach Gregg Popovich.

Excitement may build among Spurs fans as the team builds toward longevity and calculated risk with its draft acquisitions. With the team's vital young core and promising cap space, San Antonians finally may have something to look forward to in the upcoming season.