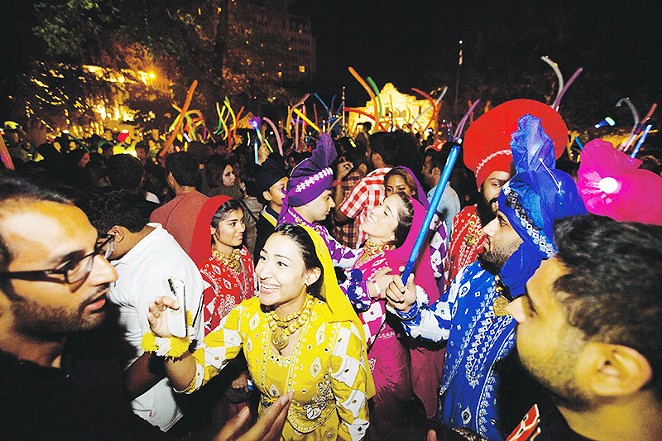 Founded in 1640, nearly 100 years before the Alamo City, with more than triple the amount of residents, San Anto will celebrate its relationship with one of its nine sister cities — Chennai, India — with Diwali San Antonio Festival of Lights.

The celebration returns to La Villita, where the inaugural festival took place, on Saturday as thousands of festival-goers descend into the historic River Walk enclave to celebrate both the Hindu new year and the victory of good over evil.

Shahrzad Dowlatshahi, chief of protocol for the San Antonio Intergovernmental Relations Department, says the festival started in SA in 2009 under former Mayor Phil Hardberger's leadership to commemorate the sister-city relationship with the capitol city of Tamil Nadu — a state in southeastern India that's next to the Bay of Bengal.

"The local group that works in benefit of our sister-city relationship here in the community consists of a very, very active group of volunteers and created an organization called Anuja SA," Dowlatshahi said. "They were tasked by Mayor [Phil] Hardberger to help share the culture of India with our community, with our citizens. And as part of bringing Indian culture to our community on an annual level, he encouraged them to organize an annual Diwali festival of lights that the city will sponsor."

The result has been a wildly successful event that has grown exponentially over the years. In fact, COSA bills it as the largest city-sanctioned Diwali celebration in the entire country.

But with success comes growing pains. 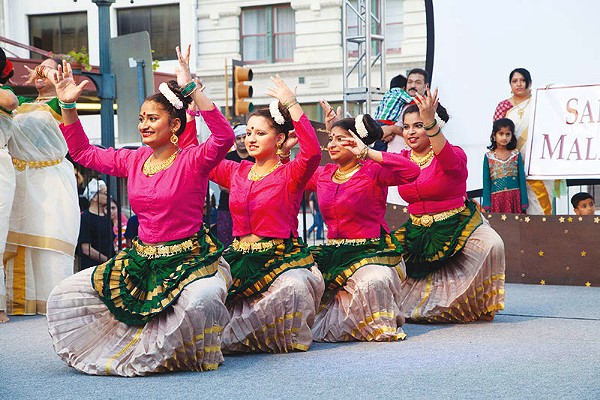 Kausi Subramaniam, president of the nonprofit Anuja SA, said in just that first year, when organizers thought about 1,000 people would show up, so many festival-goers came out that there wasn't enough space. This year, Subramaniam said organizers are preparing for between 15,000 and 20,000 people.

"We're getting calls from all over the U.S. and as far as Ireland," she says, explaining that an Irish couple was planning a trip to Texas and decided to plan it around Diwali.

After the first year, Diwali moved to Hemisfair Park where it was held four times before moving to Alamo Plaza last year because of construction. Traditionally, Diwali closes the night with a fireworks display, but it had to throw a laser show at the Alamo Plaza because fireworks weren't allowed. There also wasn't an enough space for the estimated 15,000 people who showed up.

"We are looking to La Villita as preferably the new home for the festival," Dowlatshahi says.

Subramaniam said Diwali San Antonio Festival of Lights will be jam-packed with activities this year in its new space.

There will be a "Parade of States" where people will dress in original attire from India's 29 states, and folk dances on the main stage, which will be at the intersection of Nueva and Alamo streets.

"And on the Arneson stage, we have other performances, primarily classical dance forms from India," Subramaniam said. "We have food vendors from all regions of India, and they'll be in Maverick Plaza."

A DJ will be playing Bollywood music, along with pop tunes from the world's seventh largest country in Plaza Flores, where there will also be Bollywood Zumba.

"And we will have our diya release ceremony. And those are basically floating candles released in front of of the Arneson in front of the river," Subramaniam says. "That's a tradition in India. This is also the time they release New Year candles into a river and wish for a prosperous new year."

There will also be other vendors selling arts and crafts. 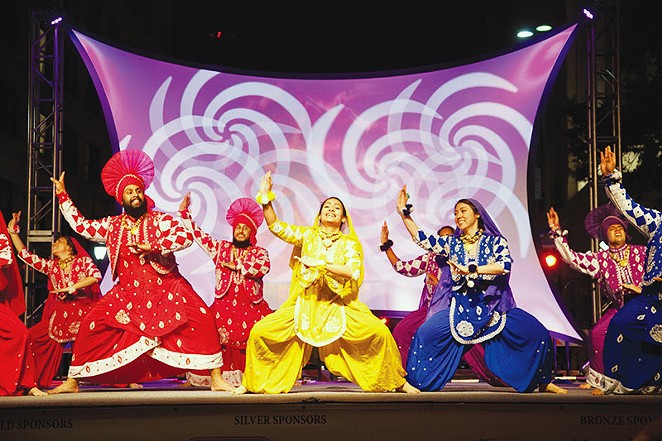 Diwali: The More You Know