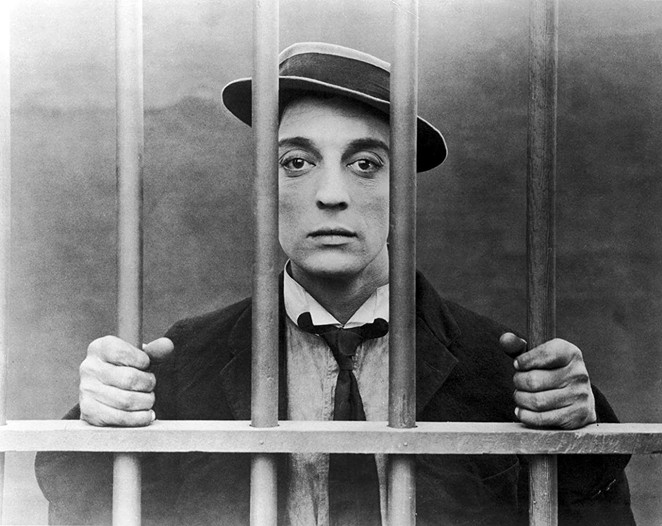 Public Domain
Buster Keaton in Cops
We've just entered a new decade, so some of us may be feeling a bit nostalgic for the teens — the 19-teens, that is!

For those of us looking for a bit of early-19th century entertainment, the Hot Wells Conservancy has teamed up with Slab Cinema to host the ultimate throwback event: "Reels at the Ruin," a screening of silent films at the former hotel and spa, which reopened as a park last year. It's particularly fitting given that Hot Wells was a hotspot for some of the hippest celebs of the silent film era — including director Cecil B. DeMille and actors like Douglas Fairbanks Sr. and Sarah Bernhardt — and the 1911 film The Immortal Alamo was partially shot across the river from the property at Star Film Ranch.

The evening will feature three short films starring the era's biggest comedians: Charlie Chaplin, Buster Keaton and Harold Lloyd. The ticket price includes complimentary popcorn and libations, but attendees will need to bring their own seating — they don't call it the "Hot Wells Ruins" for nothing!