Filmmaker Garry Marshall Passes Away at 81 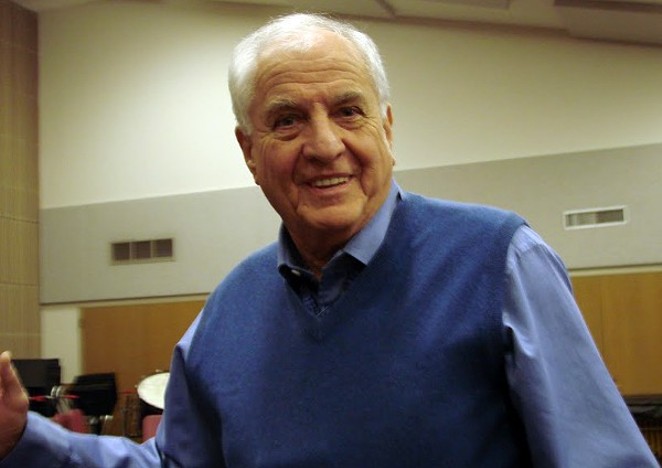 Comedian and filmmaker Garry Marshall passed away yesterday at the age of 81.

During a phone interview with the Current in early May to talk about his most recent film, Mother’s Day, the Happy Days creator and Pretty Woman director remembered his last visit to the Alamo City in 2008 with fondness. He came to direct his opera L’Elisir d’amore (Elixir of Love) at the Lila Cockrell Theatre.

“I love San Antonio,” Marshall told the Current. “I had a really good time. I stayed at a lovely hotel. I don’t remember the name, but I ate at the Palm Restaurant!”

Along with the popular TV sitcom Happy Days and 1990’s Pretty Woman,
Marshall, who is the brother of filmmaker/actress Penny Marshall (Big,
A League of Their Own), also directed films like Overboard, Exit to
Eden, Beaches and Runaway Bride.

He started his writing career in Hollywood in 1960 on The Jack Paar Tonight
Show, and went on to write other sitcoms, including The Dick Van Dyke
Show, Mork & Mindy and Laverne & Shirley.

The following year, Marshall directed New Year’s Eve. His last film,
Mother’s Day, opened at theaters in late April and will be available on
DVD/Blu-ray August 2.

Courtesy
Filmmaker Garry Marshall on the set of 1994's Exit to Eden.
“I think mothers have a very hard job today,” Marshall told us during our interview. “[In Mother’s Day], I was trying to take some of that frustration they have and depict it in a kind of comedy with good actors.”

Making movies over the last 35 years, Marshall had been a champion for films about women. He admited, however, they’re still hard to understand.

“I try,” he said. “In the trying I make movies. They used to tell me, ‘Who cares about women?’ I did a movie called Beaches and they said, 'Who cares about a woman’s friendship?’ I love to examine the phenomenon of women.”

As for the comedy genre in general, Marshall said what had changed the most in the last few decades is censorship and the fact there are less inspiring films today than there were when he first started in the industry.

“In Happy Days I couldn’t say ‘virgin,’” Marshall said. “I had to say ‘She was pure as snow, but she drifted.’ Also, in the old days you could see films you can’t see now. I loved the film Spotlight, but films don’t always have to depict the world sadly. I think there is room for everything now, including nice, uplifting pictures."