What To See? Where To Go? Our Fotoseptiembre Picks

"Performance Contained – The Camera As Audience"

The thread that binds these artists is their emphasis on "the power of still imagery to infer a time-based event." Using character and scene, the images on display capture performative moments, leaving the viewer with necessary clues to piece together the full story.

From an investigation of the natural world with Johnson's chronicling of a feral woman, to Gould's interest in integrating the scientific into photographic and Keedy's exploration of personal identity and normalcy, visitors can expect a wide variety of subject and execution in this impressive group exhibit.

After several successful solo shows at REM Gallery during past festivals, UK-born and San Antonio-based Tess Martinez may be a familiar face at Fotoseptiembre, but this year her focus is on "anonymity and ambiguity."

Her latest work on display, "Nothing Behind/ Everything Ahead/ As Is Ever So" turns her sitters away from the lens in a series of faceless portraits, leaving viewers to make assumptions about her subjects solely by the spaces they inhabit.

Each of the images is developed from a traditional silver gelatin dark room process as part of a long-standing fascination with traditional photographic technique.

Since 2010, she's shared this passion for tangible film handling with girls across San Antonio in her role as visual arts director at Providence Catholic School, teaching students in the same art of darkroom photography that she holds at the core of her vision. 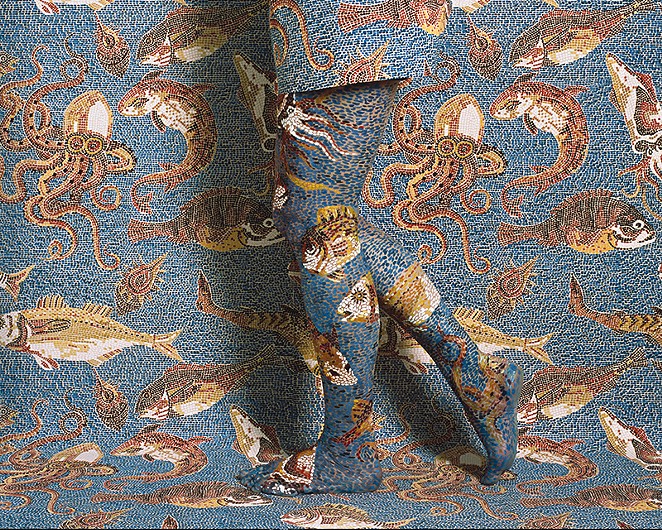 Internationally renowned artist Cecilia Paredes is known for blending in. Using paint and fabric to carefully camouflage her body against wallpaper backdrops, her "photo performances" make the viewer question where identity ends and environment begins.

In "The Wandering Flight," Paredes' photographs tell the tale of a dream of flying; yet, as in her work before, her character's body fades into the surroundings, inhabiting "a perfect symbiotic realm." Born in Lima, Peru, the (currently) Philadelphia-based artist has called many countries home thanks to her marriage to a United Nations officer.

Her work reflects this ever-present sense of relocation: "I would arrive somewhere and then I would have to leave. This was very much the story of my life. You would try to blend in to the landscape and make of yourself this background."

Few American citizens have been to Cuba. However, with recent shifts in national attitudes and U.S. foreign policy towards the longtime pariah of the Caribbean, that may soon change.

Their work, which depicts not only art but also a city in various states of dilapidation, majesty and transition, will be displayed in a Fotoseptiembre exhibition entitled "Under Construction: Havana 2015."

Described by Kegley as "heartbreakingly beautiful," the photo essay of sorts exposes the rushed facelift that many countries haphazardly undergo when the U.S. decides to court them.

As such, the exhibition is filled with a tension between old and new, global and local, rich and poor and, of course, joy and pain.

"From Darkroom to Daylight" and "Real Lyric" 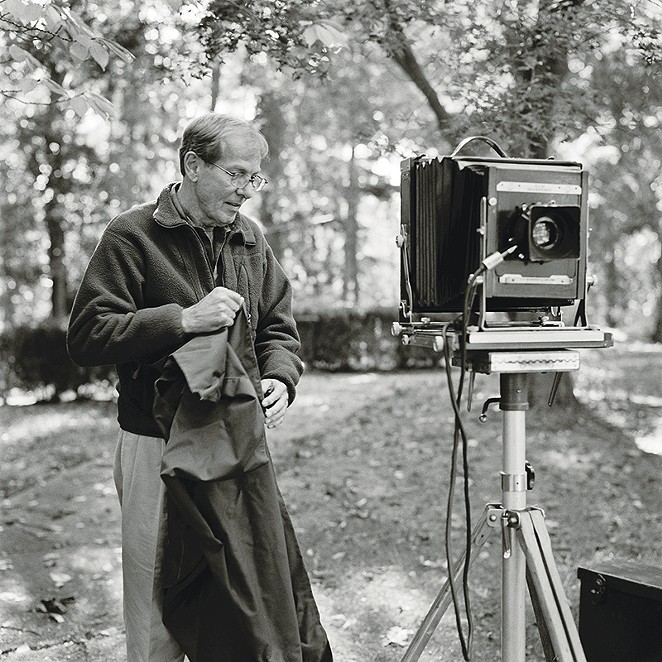 Southwest School of Art hosts two prominent photographers in honor of Fotoseptiembre: San Francisco artist Anthony Francis and Brooklyn artist Harvey Wang. Featured in the Ursuline Hall Gallery, Francis' "Real Lyric" is an intimate and poetic interrogation of the social self presented in everyday life that "considers the influence of all those we have met upon who we are and how we self-reflect in these relationships."

Over on the Navarro Campus, Harvey Wang's Silver Gelatin prints of prominent figures in photography will be hung in the San Antonio Express-News Photography Gallery.

Wang photographed each portrait in the series during the filming of "From Darkroom to Daylight," a study of his relationship to the darkroom in an increasingly digital room. A special screening of the documentary will be held September 29.

Like a dream, Scott Mueller's photographs exist within an uncanny plane of our waking reality, nostalgic and haunted, a world we almost recognize.

Known for his mammoth 20x24 Polaroid camera and his use of alternative photography techniques, the San Antonio fine art photographer "explores the boundaries of the photographic image including its manipulation and its effects on our assumptions of what a photograph means to us."

His current techniques include infrared imagery shot in the Atchafalaya Swamp Basin and Gumoil printing, a process that combines oil paint and the image.

In a world of Instagram filters, Charlie Kitchen stands, 4x5 camera in hand, a hero of analog.

A recent graduate of Texas State University, the San Antonio photographer explores the possibilities afforded by the traditional medium with his physical manipulation of the photographic process.

Kitchen masks large format film inside his camera so that the image may be "treated as a space in which structures and landscapes can be designed and constructed using the photographic referent."

Focusing on flatness and space, Kitchen plays with his viewers' perceptions by stripping the subjects of their dimension, creating a new universe through his carefully placed framework. 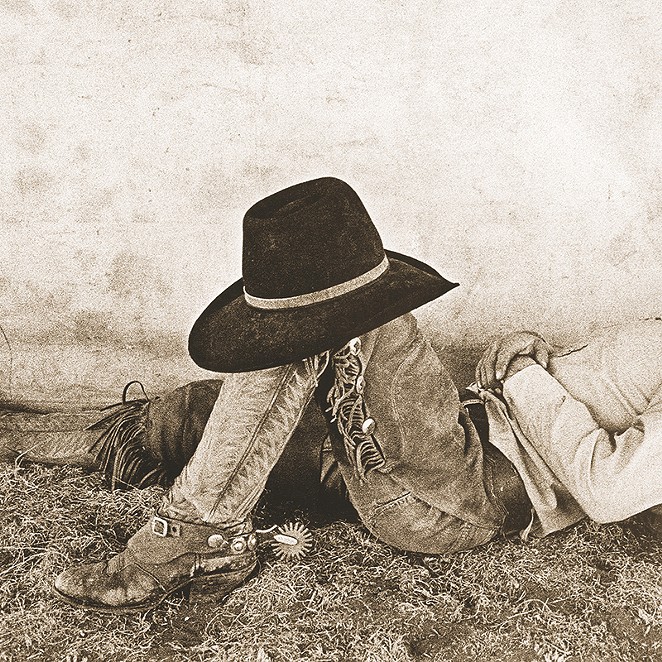 Back in the 1970s, Bank Langmore left his corporate career to photograph the cowboys of the American West. Family in tow, Bank set out for the greatest ranches in the country, developing images that would later become The Cowboy, a book long-considered to be the seminal work on the subject. Four decades later, his son, John Langmore, takes the reins of the family tradition. After spending many youthful summers "cowboying" on the same ranches his father photographed, John returned to the ranch life to produce his own study from 2012 to 2015.

The result is a father/son collaboration of over 100 black and white and color prints. In its first original exhibition, The Briscoe Western Arm Museum "gives us a rare glimpse behind the veneer of this robust American hero — we see what happens in the off hours and share in the struggles and triumphs of daily existence on the great frontier." 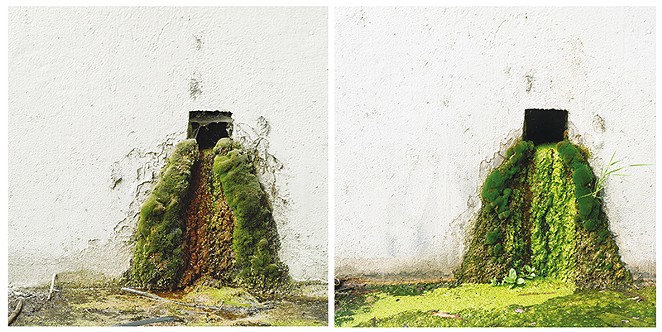 Human beings are beautiful and disgusting creatures. When examined at macro and micro levels, our relationship with the planet we live on reflects this paradox in striking ways.

In a brilliant and haunting new group exhibition, curated by Tom Turner and entitled "The Altered Landscape," Clam

p Light Artist Studios and Gallery invites you to ponder this dichotomy. Featuring work from 12 national artists, the exhibit provides unusual and poetic perspectives on the way that humans leave our mark on the natural spaces we manipulate and inhabit.

With these works, devoid of any actual human presence, we are forced to consider the legacy left by our interventions in the natural world. As you might expect, the overall effect is sobering, but also leaves room for the sheer aesthetic enjoyment of these deceptively gorgeous images.

"The Magically Surreal and the Beautifully Real"

Provocative and even jarring juxtaposition is the name of the game for "The Magically Surreal and the Beautifully Real," AnArte Gallery's Fotoseptiembre 2015 show.

The exhibit pairs the realistic and often unsettling urban photography/portraiture of SA-born, NYC artist/photographer Wendy Bowman with the whimsical and mystical works of Atlantas' Thomas Dodd.

While Bowman's work often depicts its subjects against stark and unfeeling labyrinths of steel and concrete, Dodd's work seeks, in a magical-realistic style, to bring subjects' inner illuminations and dreams to the forefront.

Taken together, the works of these two artists and photographers represent the sublime tension of modern life, between private utopias and the indifferent abyss of the public.

While neither Dodd nor Bowman offer linear narratives, both call us to rewarding meditations on the nature of the real and our place within it.