Free Will Astrology, Week of March 9 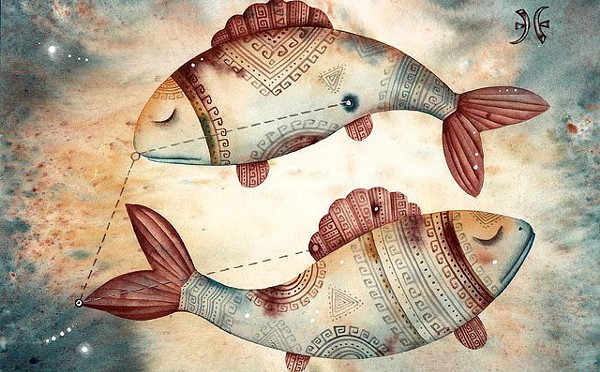 ARIES (March 21-April 19): In the old Superman comics, Mister Mxyztplk was a fiendish imp whose home was in the fifth dimension. He sometimes sneaked over into our world to bedevil the Man of Steel with pranks. There was one sure way he could be instantly banished back to his own realm for a long time: If Superman fooled him into saying his own name backwards. You might think it would be hard to trick a magic rascal into saying "Klptzyxm" when he knew very well what the consequences would be, but Superman usually succeeded. I'd like to suggest that you have a similar power to get rid of a bugaboo that has been bothering you, Aries. Don't underestimate your ability to outsmart the pest.

TAURUS (April 20-May 20): In 1637, mathematician Pierre de Fermat declared that he had solved the "Last Theorem," a particularly knotty mathematical problem. Unfortunately, he never actually provided the proof that he had done so. The mystery remained. Other math experts toiled for centuries looking for the answer. It wasn't until 1994, more than 350 years later, that anyone succeeded. I think you are on the verge of discovering a possible solution to one of your own long-running riddles, Taurus. It may take a few more weeks, but you're almost there. Can you sense that twinkle in your third eye? Keep the faith.

GEMINI (May 21-June 20): Your upcoming efforts might not be flawless in all respects, but I suspect you will triumph anyway. You may not even be completely sure of what you want, but I bet you'll get a reward you didn't know you were looking for. Cagey innocence and high expectations will be your secret weapons. Dumb luck and crazy coincidences will be your X-factors. Here's one of your main tasks: As the unreasonable blessings flow in your direction, don't disrupt or obstruct the flow.

CANCER (June 21-July 22): As soon as a baby loggerhead turtle leaves its nest on a Florida beach, it heads for the ocean. It's only two inches long. Although it can swim just one mile every two hours, it begins an 8,000-mile journey that takes ten years. It travels east to Africa, then turns around and circles back to where it originated. Along the way it grows big and strong as it eats a wide variety of food, from corals to sea cucumbers to squid. Succeeding at such an epic journey requires a stellar sense of direction and a prodigious will to thrive. I nominate the loggerhead turtle to be your power animal for the coming weeks, Cancerian.

LEO (July 23-Aug. 22): In 1961, 19-year-old Bob Dylan began doing solo performances of folk songs at New York clubs. To accompany his vocals, he played an acoustic guitar and harmonica. By 1963, his career had skyrocketed. Critics called him a creative genius. Pop stars were recording the songs he wrote, making him rich. But he still kept his instrumentation simple, relying entirely on his acoustic guitar and harmonica. That changed in 1965, when he made the leap to rock and roll. For the first time, his music featured a full drum set and electric guitar, bass, and keyboards. Some of his fans were offended. How dare he renounce his folk roots? I wonder if it might be time for you to consider a comparable transition, Leo. Are you willing to risk disorienting or disturbing those who would prefer you to stay as you are?

VIRGO (Aug. 23-Sept. 22): "Whoever travels without a guide needs 200 years for a two-day journey." That's an old Sufi saying sometimes attributed to the poet Rumi. I don't think it's accurate in all cases. Sometimes we are drawn to wander into frontiers that few people have visited and none have mastered. There are no guides! On other occasions, we can't get the fullness of our learning experience unless we are free to stumble and bumble all by ourselves. A knowledgeable helper would only interfere with that odd magic. But right now, Virgo, I believe the Sufi saying holds true for you. Where you're headed, you would benefit from an advisor, teacher, or role model.

LIBRA (Sept. 23-Oct. 22): There's a meme rolling around Tumblr and Facebook that goes like this: "Everyone wants a magical solution for their problems, but they refuse to believe in magic." Judging from the astrological omens, I think this Internet folk wisdom applies to your current situation. As I see it, you have two choices. If you intend to keep fantasizing about finding a magical solution, you will have to work harder to believe in magic. But if you can't finagle your brain into actually believing in magic, you should stop fantasizing about a magical solution. Which will it be?

SCORPIO (Oct. 23-Nov. 21): I have taken a passage from a letter that Henry Miller wrote to Anais Nin, and I have chopped it up and rearranged it and added to it so as to create an oracle that's perfect for you right now. Ready? "This is the wild dream: you with your chameleon's soul being anchored always in no matter what storm, sensing you are at home wherever you are. You asserting yourself, getting the rich varied life you desire; and the more you assert yourself, the more you love going deeper, thicker, fuller. Resurrection after resurrection: that's your gift, your promise. The insatiable delight of constant change."

SAGITTARIUS (Nov. 22-Dec. 21): One of your important assignments in the coming week is to get high without the use of drugs and alcohol. Let me elaborate. In my oracular opinion, you simply must escape the numbing trance of the daily rhythm. Experiencing altered states of awareness will provide you with crucial benefits. At the same time, you can't afford to risk hurting yourself, and it's essential to avoid stupidly excessive behavior that has negative repercussions. So what do you think? Do you have any methods to get sozzled and squiffed or jiggled and jingled that will also keep you sane and healthy?

CAPRICORN (Dec. 22-Jan. 19): Singer Gloria Gaynor recorded the song "I Will Survive" in 1978. It sold over two million copies and ultimately became an iconic disco anthem. And yet it was originally the B-side of "Substitute," the song that Gaynor's record company released as her main offering. Luckily, radio DJs ignored "Substitute" and played the hell out of "I Will Survive," making it a global hit. I foresee the possibility of a similar development for you, Capricorn. What you currently consider to be secondary should perhaps be primary. A gift or creation or skill you think is less important could turn out to be pre-eminent.

AQUARIUS (Jan. 20-Feb. 18): In I'm tempted to furrow my brow and raise my voice as I tell you to please please please go out and do the dicey task you've been postponing. But that would just be a way to vent my frustration, and probably not helpful or constructive for you. So here's my wiser advice: To prepare for that dicey task, lock yourself in your sanctuary until you figure out what you first need to change about yourself before you can accomplish the dicey task. I think that once you make the inner shift, doing the deed will be pretty easy.

PISCES (Feb. 19-March 20): In the fairy tale "The Ugly Duckling," the young hero suffers from a peculiar case of mistaken identity. He believes that he is a duck. All of his problems stem from this erroneous idea. By duck standards, he is a homely mess. He gets taunted and abused by other animals, goes into exile, and endures terrible loneliness. In the end, though, his anguish dissolves when he finally realizes that he is in fact a swan. United with his true nature, he no longer compares himself to an inappropriate ideal. Fellow swans welcome him into their community, and he flies away with them. Is there anything in this story that resonates with you, Pisces? I'm guessing there is. It's high time to free yourself from false notions about who you really are.