Growing Pains: The Briscoe Western Art Museum is Expanding, Evolving and Grappling with the Right Concerns Opened in 2013, the Briscoe, named for former Texas Gov. Dolph Briscoe, Jr. and his wife Janey, is situated on the River Walk and in a generally prime spot downtown. The one-and-three-quarters-acre campus boasts both a historic setting (partially built in the remains of San Antonio’s first library) and a contemporary feel (its beautiful pavilion was constructed by renowned local architecture firm Lake Flato). It’s also quickly built up its collection over its short life.

But, as I thought about wording my introduction, I had a strange feeling that I was reaching for an audience rather than writing for one. I asked myself a fundamental question: “Who cares?” And, then I got to wondering why I was asking myself that question — I mean, I care. I see people at the Briscoe when I go there with my family. Surely they care, right?

In working through these thoughts and concerns I decided that the article might be able to address the new stuff at the Briscoe while also grappling, even if in a rather preliminary way, with the “Who cares?” question, or at least a related question: “Who should care?”

I spoke to Briscoe Head of Development Katherine Trumble and Briscoe Education and Programs Manager Kristen Mancillas. We talked of the museum’s latest gifts and of the quest to draw the larger San Antonio art community, and community in general, into the institution and into the range of Western art.

“Our collection is rapidly growing due to the many donations of Western American art and artifacts we have received over the past year,” said Briscoe Vice President Liz Jackson in a November press release about the latest gifts. Those came in the form of a trove of art and artifacts from the Jack and Valerie Guenther Foundation, Judy and Warren Knowlton, and Debbie and John Montford.

One of the coolest new assets is a collection of 55 different spurs, made by various craftsmen, dating as far back as 1790. Courtesy of Briscoe Western Art Museum
The spurs and other new pieces are already on display in the freshly opened New Works Gallery on the first floor.

“A lot of times, people will give art, or money to purchase art, and it won’t go on view for a long time,” Trumble said. The New Works Gallery, a prelude to a complete reinstall (and more) over the coming years, came along as a way to get new stuff in front of visitors right away.

There are questions about what the heck Western art even is.

The West what? Not, in this case, the Western World (as Western Europe and North America are sometimes collectively referenced). But, like, the Wild West? The Western Frontier? The Old West? West of the Mississippi? John Wayne’s West? The Indigenous West? The Mexican West?

In actuality, the way that you answer that question, or whether you want it definitively answered at all, makes a huge difference. A difference that looms and beckons and is ever more present, and instructive, within the world of Western art. The correct answer for an institution like the Briscoe is, of course, all of the above — and more. But, there are still complexities to be thoughtfully addressed, biases to be overcome.

Mancillas unflinchingly admitted that the Briscoe does “struggle in general when it comes to getting the larger art community to take Western art seriously.” 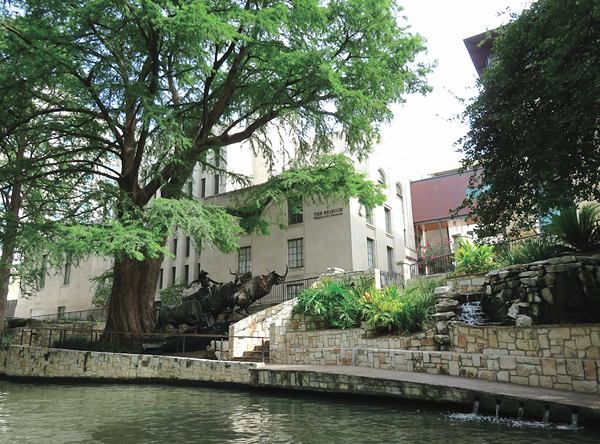 Courtesy of Briscoe Western Art Museum
She said she doesn’t “like defining Western art to people who come for a tour,” because part of what she sees as the museum’s mission is breaking preconceived notions — many simplistic and even problematic — and “opening that up for people to decide on their own.”

Trumble acknowledged the struggle too.

“One way to bring in the larger art community is with our special programs and exhibitions that try to show a broader sense of Western art,” she said.

“More breadth is a focus for sure, moving forward,” Trumble stressed before adding, “We are growing, and things are changing all the time.”

Mancillas said it’s important that all people in San Antonio be able to see themselves in the museum.

“If people don’t see events and exhibits as relevant to their community, then we are missing out on them,” she said.

In terms of fulfilling that all-important aspect of the museum’s call, Mancillas took ownership and didn’t mince words.

“We have work to do. But, we are conscious of the nature of that work and we are addressing these things bit by bit.”

With its diverse collection of artworks and artifacts spanning over five centuries of history and featuring some huge names in Western art, the Briscoe offers multicultural context in doses. It has laid the framework for a broader and more inclusive understanding of Western art, and it invites the community to support it and help it see itself honestly. 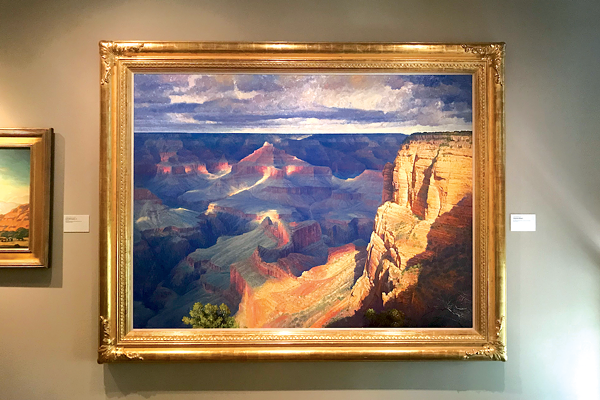 Courtesy of Briscoe Western Art Museum
In terms of programming, the annual Yanaguana Indian Arts Market and workshops led by local artists Joe Harjo and Cruz Ortiz in conjunction with the exhibition “Destino San Antonio” (a collection of stereoview cards depicting San Antonio people and places from the 1860s to 1930) are just a few examples of the ways in which the museum is endeavoring to authentically engage the city and its cultures.

Stay tuned to our site for a companion to this story that includes perspectives on the Briscoe, and Western art in general, from several local artists.