Is 'Dazed and Confused' the Best Movie Set in Texas?

Courtesy
Dazed and Confused is named the best movie to take place in Texas.
Thrilist, in its infinite wisdom, has compiled a list of the best movies set in each state, because where would the Internet be without its daily compilation of lists?

We're not going to nitpick, because, for the most part, their selections make sense. Of course, the best movie to take place is Alabama is To Kill A Mockingbird. And Raising Arizona for Arizona? Well, that's a no-brainer. Minnesota gets Fargo? Of course it does, because Fargo is a really, really good movie (as well as an excellent television series.) And what else would New York get besides The Godfather? The Sex and the City movie?

We won't even quibble too much with Thrillist's choice for Texas: Dazed and Confused. Richard Linklater's 1993 classic perfectly captures the listlessness of high school. It's the American Graffiti for Generation X. But is it the best movie to take place in Texas? 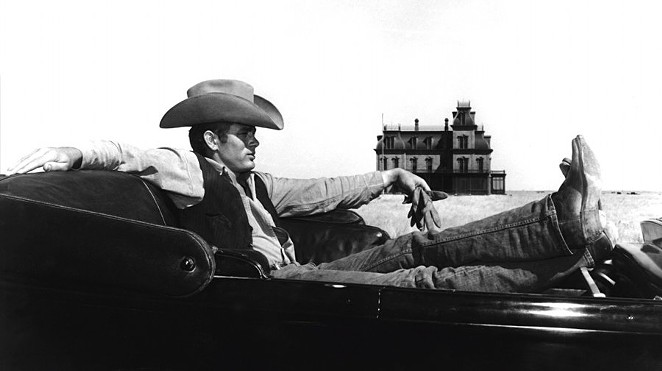 Courtesy
Giant
It's definitely up there. But we'd argue several other movies can claim the best movie to take place in Texas.

For starters there's The Texas Chainsaw Massacre, about a group of nosy, road-tripping teenage hippies who get what they deserve. There's also Office Space, which perfectly captured our universal hatred of our own cubicle-confined hell. Looking further back, there's Giant, the 1956 film that earned James Dean his second Academy Award nomination before his untimely death. There's also Joel and Ethan Coen's Academy Award-winning No Country of Old Men, considered the directors' finest film to date. And of course, there's always the oft-ignored 1985 classic The Legend of Bilie Jean, which gave us both the rallying cry "fair is fair" as well as the Pat Benatar hit "Invincible."

So did Thrillist get it right when they designated Dazed and Confused for Texas? Or did they miss the mark? Let us know.