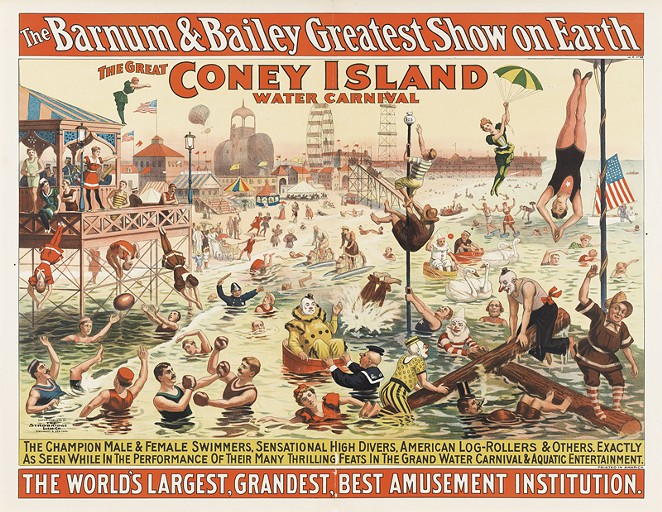 Strobridge Lithographing Company, The Barnum & Bailey Greatest Show on Earth / The Great Coney Island Water Carnival / Remarkable Head-Foremost Dives from Enormous Heights into Shallow Depths of Water, c. 1898
Fitting for the locale that introduced the nation to roller coasters, Coney Island has seen its fair share of ups and downs. Possibly named by the Dutch in honor of the resident rabbits (or “coneys”) that once hopped its shores, the Brooklyn attraction evolved in tandem with the advent of three key amusement parks — Steeplechase Park, Luna Park and Dreamland — that lured guests with bathhouses, ballrooms, sideshow acts and spectacles ranging from elephant rides to a “Human Roulette Wheel.” Marked by devastating fires, ambitious reinventions and hefty doses of crime and prostitution, the beachfront destination earned a reputation as both “America’s Playground” and “Sodom by the Sea.”

Check out our slideshow 23 Reasons to Visit the McNay’s “Coney Island” Exhibition here. 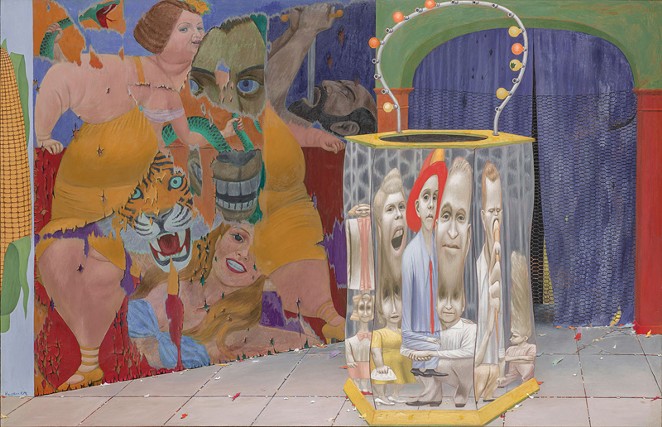