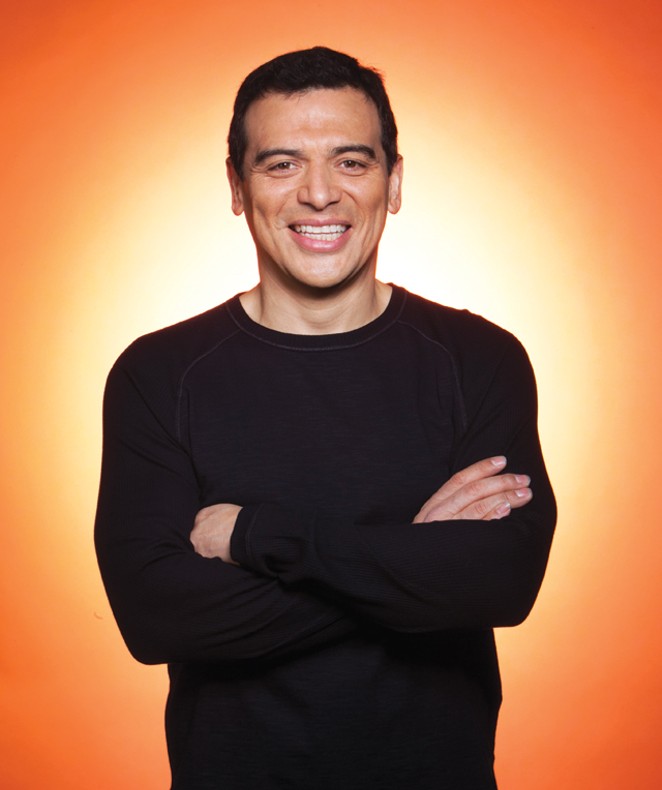 Courtesy of Carlos Mencia
The first time the Current interviewed stand-up comedian Carlos Mencia was in 2010, a year after Southpark aired an episode featuring an animated version of the former Mind of Mencia star being beaten to death for stealing jokes — a charge he’s had to defend for more than a decade. “If somebody doesn’t want to like me, they’re going to find an excuse not to like me,” he told us at the time. During our 2014 interview, Mencia opened up to us about how depressed he became because of those allegations. “I would think things like, ‘Man, I could get a gun right now and go to a comedy club and shoot all the comedians.’” During our most recent interview last year, Mencia told us he had “evolved as a human being and a comedian” and had “gotten funnier.” We haven’t had a chance to jump on the phone with Mencia in 2016, but with an upcoming stand-up special airing on Comedy Central this December called New Territories, it seems he’s ready to share a fresh perspective on his life and career. $25-$45, 7:30pm & 10:15pm Fri, 7pm, 9:15pm & 11:30pm Sat, 7pm Sun, Laugh Out Loud Comedy Club, 618 NW Loop 410, (210) 541-8805, lolsanantonio.com.