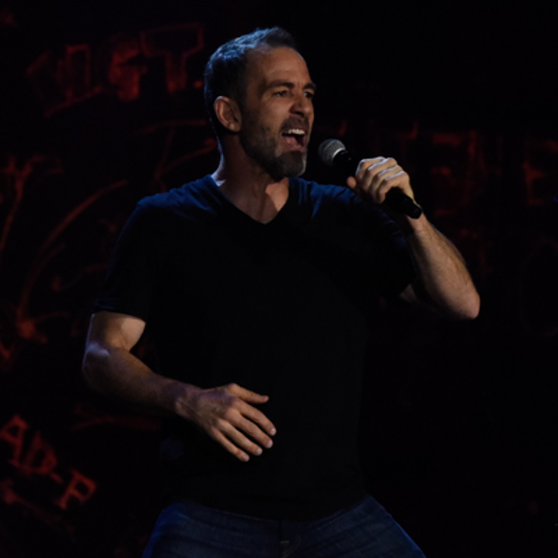 Twitter / @BryanCallen
Bryan Callen, recently accused of sexual misconduct in an LA Times story, is scheduled to perform in Addison in late October.
Standup comedian and former podcaster Bryan Callen is scheduled to perform at the Improv Comedy Club in Addison, Texas, October 29-31. His final night at the Improv will mark exactly three months since Callen was publicly accused of sexual assault and misconduct by four women.

In late July, the Los Angeles Times ran an investigation into Callen’s alleged transgressions that reportedly go back as far as 1999. Callen denies all accounts.

A month before the story ran, Callen and fellow standup comedian Brendan Schaub tested positive for COVID-19 after his tour stop at San Antonio’s LOL Comedy Club in late June. This was after weeks of the duo downplaying the virus on their popular podcast The Fighter and the Kid.

LOL owner Tom Castillo, who has controlling interest in the Improv clubs in Addison and Houston, was unavailable for immediate comment on the decision to book Callen at the Addison location.

Since the LA Times story ran, Callen has quit his podcast and was dropped by his agents, CAA and Innovative Artists. Netflix also cancelled a planned show with the standup and fellow comedian and Chris D’Elia, who has also faced accusations of sexual misconduct reported by the LA Times.

In a tweet, Los Angeles-based standup comedian Dan Telfer said comedy clubs may be desperate to book the shows under financial pressure from the COVID-19 pandemic. However, he cautioned them about who they green light to perform.

“Unless clubs retract their bookings and publicly apologize to women comics … I won’t work [with] them after the pandemic,” Telfer tweeted Monday night. “I’m not super famous and I’m not pretending this will drastically alter the industry either. But I’d like to see more male comics give a shit about safe green rooms though. This is a workplace issue. Let’s get our shit together.”