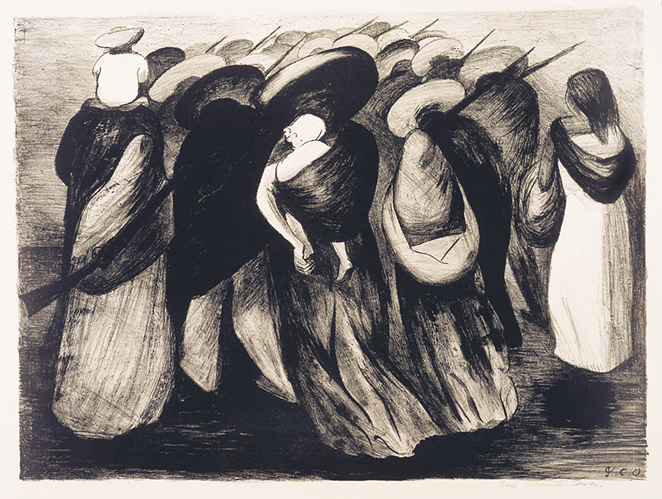 Following the Mexican Revolution of 1910, Mexico's golden age of printmaking began in the 1920s and lasted until the 1940s, throughout which Rivera, Siqueiros and Orozco created prints depicting life both during and after the revolution. This trio of artists, known as los tres grandes, became the first Mexican artists to achieve acclaim worldwide.

The exhibition also showcases works from the successive generation of Mexican printmakers, including Jesus Escobedo, Leopoldo Mendez and Francisco Mora, who formed the collaborative print workshop El Taller de Gráfica Popular (TGP) in 1937. Inspired by los tres grandes, these artists further explored the history and impact of the Mexican Revolution through their work.

Current museum operations include a 75% capacity limit and mask requirement for all guests over two years of age, as well as temperature and symptom checks upon entry.

"Los Tres Grandes" is on view in the Frost Galleries through January 3, 2021.