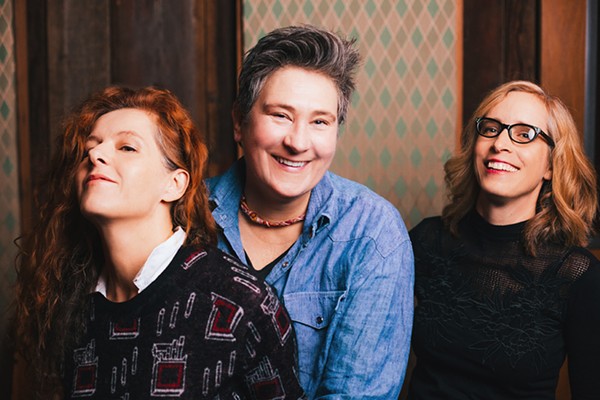 Courtesy of case/lang/veirs
Now an elder stateswoman of post-country with both Juno and Grammy awards to her credit, gender-bending Canadian chanteuse k.d. lang teams up with like-minded musical nomads Neko Case and Laura Veirs. Since first reaching indie airwaves as a vocalist with the Canadian alt-pop-rock outfit New Pornographers, Case has proven herself as a powerful singer-songwriter with a distinct voice and eclectic range that spans from alt-country to folk noir and beyond. As for the dark horse of the bunch, Portland-based Veirs got her start in the all-female punk band Rair Kx! but has since challenged fans’ expectations via everything from intricate string arrangements to the well-received children’s album Tumble Bee. The trio performs at the Tobin in support of their recently released collaborative LP case/lang/veirs. $43.50-$104, 7:30pm Tue, Aug. 2, Tobin Center for the Performing Arts, 100 Auditorium Circle, (210) 223-8624, tobincenter.org. — Don Mathis