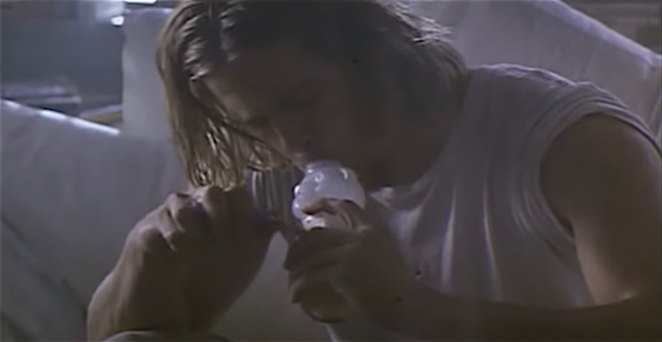 YouTube
Brad Pitt as "Floyd" in True Romance.
With the possible exception of pizza, there is no greater complement to marijuana than television. After all, it’s called couch lock for a reason. And the love flows both ways, as the drug has become a staple of contemporary television, inextricably linked to shows like Weeds, Broad City, The League, Parenthood and most adult-oriented animated fare. Marijuana-related storylines have also fueled memorable episodes of modern classics like The Office (“Drug Testing”; Season 2 Episode 20 - Netflix), Freaks and Geeks (“Chokin’ and Tokin’"; S1E13 – Netflix) and Curb Your Enthusiasm (“Carpool Lane”; S4E6 – HBO Go), among others.

But pot plots have been a staple of “very special episode” family pap, quasi-topical cop shows and comparatively edgy network comedies since the very dawn of television. In honor of this hoary plot device, we put together a streaming playlist of weed-related television episodes from the pre-legalization 20th century.