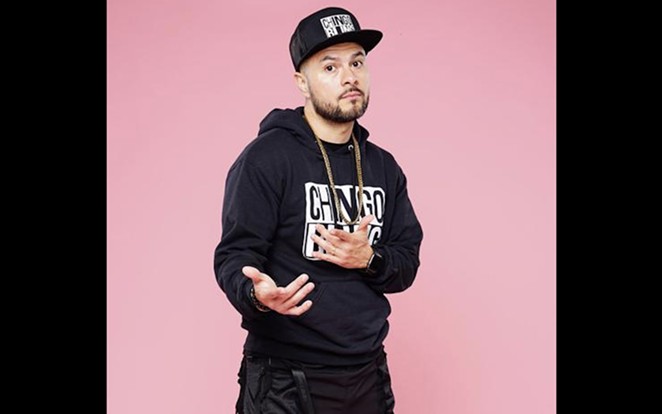 Courtesy of LOL Comedy Club
Chingo Bling's standup special They Can't Deport Us All is streaming on Netflix.
Yes, this comedian does some rapping. But how could he not with a name like Chingo Bling?

Born Pedro Herrera III in Houston, Bling first came to public attention via, yes, his raps. The Tamale Kingpin, his debut album, gave a pretty good hint as to his career direction.

Branching out, though, he started a YouTube channel to have an outlet for his humor and found himself with a burgeoning second career. Since then, Mr. Bling has made enough inroads on the comedy circuit that his first standup special, They Can’t Deport Us All, aired on the mitú network and is now streaming on Netflix.

As a comic, he’s spoken about death threats from white nationalist groups and complained about being targeted by right-wing media.

You might think such an outspoken Latino would oppose one Donald J. Trump. Well, the comedian is breaking the mold there, having produced a YouTube video about why he voted for the former guy.