Rapture called off; Randy Savage holds End of Times in his hands 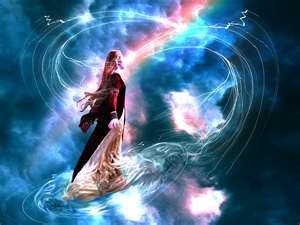 Every generation believes they’ll be the ones who will see the ‘end of times.’ Be it religious, cosmic, or human engineered, generations of people have obsessed over this singular idea and thought they’d be the lucky few alive to see the end of humanity. Such arrogance!  Just what makes you so special to be chosen for Armageddon anyways? Many signs from many cultures have pointed towards the end. The Mayans had their calendar, the Israelites had the destruction of Jerusalem, Christians have the anti-Christ, and personally I have the unexplainable fame of Jersey Shore. (If reading Revelations doesn’t conjure up Snookie and the Situation then we’re clearly not reading the same book) But why do we even bother with the concept at all? Christian radio host Harold Camping predicted that on May 21st the rapture would finally come taking 200 million souls to heaven like some sort of weird religious draft (Tim Tebow projected as number 1). The media was all over it teasing the masses with speculation of its validity. I myself was giddy with anticipation. It was like waiting for Christmas! (Accept Jesus was involved) What’s not to like about the rapture? You mean all the most judgmental, holier-than-thou people, who burned indians, witches, and Beatles albums – responsible for centuries of bloody wars over ‘sacred rocks’ – protested Harry Potter for demon worship – ordaining pedophiles and hiding child molesters – making Halloween lame – dismissing logic, science, and common sense with the argument of ‘faith’ – they all just go away? Awesome! Finally there shall be peace on earth. OK – that may be a low blow to my Christian friends (Spanish Inquisition even lower) and I don’t wish to paint a whole group of people based on their loudest and historically most violent minority (who just happen to be the majority). I mean we’re not talking about Muslims here are we. (Are we?) I know everyone has their own ideas and beliefs and my intent is not to shit all over that. I too have beliefs some could equally question. My personal savior just happens to be the Macho Man Randy Savage. Oh sure he may not be able to walk on water or raise the dead, but he could scissor kick off the top rope and at least I know he was real.  I’m not here to preach nor am I trying to convert anybody to the Church of Macho. (Though you have to admit he had a way better physique than Buddha.) What I really want to point out is that on May 22 we all got what we deserved – nothing. There was no real change, no real progress (feels like voting for Obama). All we had was the question “Did the media really have to blow up this non event based on the mindless propaganda of some jack off puppet only to have nothing really change?” The answer is a resounding “Yes!” You see – no matter what your background, the ‘End of the Times’ serves one vital purpose for us all. It provides a sense of closure to a reality we can’t fully understand. Common to us all is the need to feel like there’s an end. Without endings we can’t see the point of moving forward and or establish new beginnings. Without a sense of finality life begins to feel like a broken relationship, where the ex keeps calling refusing to let go until they know for a fact you’re fucking someone else. It’s the only way they can put you out of their heart for good. Do you have a better reason why Ghost always come off as needy, creepy, and somewhat ‘stalker-ish’? (Seriously, let go Patrick Swayze. It’s over. Don’t be bringing that Whoopie shit in here, she aint been funny since Star Trek, son!) The real rapture is not something that can be predicted by religious opportunists, hidden codes in holy texts, or even ancient Indian astronomy. We actually have the perfect instrument to detect the ‘End of Times.’ It’s called marketing and when the end of civilization happens I guarantee you it will include the phrase “but first a word from our sponsors.” That’s right – advertisers will jump on this so fast it would make the Super Bowl come off like a non-profit charity. Products as diverse as beer to fabric softener would embrace rapture themes all in the hopes of squeezing out that last dollar. Armageddon Snuggies, Shake Weights to work off that Apocalypse flab, right down to a Sony recording contract for the Whore of Babylon. (First album tentatively titled ‘the Fame Monster.’) As much as we focus on the end, has anybody ever figured out just where we actually come from? We’re so quick to identify ourselves based on historical and cultural roots yet when it comes to uniting under the hope of a future ideal, we just kind of trail off to the next commercial. What happened to forward thinking? When did progress become rhetoric for those who continue to do the exact opposite? Is the idea of a better tomorrow sound just ‘too gay’? (Thanks again Star Trek) Life is just a series of answers and questions. There really is no end to it all just an end to you. Yes. You are going to die. Life will continue. It does that. If it takes the rapture for you to act like a decent human being – than maybe life’s meaning has already passed you by. Then again, maybe the Macho Man was the second coming of Christ – once more taking human form to lead all the pure souls to the celestial city. Well thanks, but no thanks Macho Messiah Randy Savage, you can have your heaven – I got my own unfinished business right here on earth. Come back in a millennium or two if you feel like it, but next time, don’t forget to buckle up. It’s a bumpy ride. .

Swiss Army Robot is a satirical column written by Jay Whitecotton and is intended to be taken as seriously as possible.