Curated by David Platzker and circulated by the New York-based nonprofit Independent Curators International (ICI), “Harald Szeeman: Documenta 5” is something of a time capsule, as it brings together publications, critical reviews and other materials associated with the fifth edition of Documenta, a massive art exhibition organized every five years in the German city of Kassel.

Under the direction of curator Harald Szeemann and officially titled “Questioning Reality – Pictorial Worlds Today,” that 100-day-long happening of 1972 questioned the confines of contemporary art, jarring viewers with provocative displays in which “‘individual mythologies’ were juxtaposed with ‘parallel visual worlds’: worlds of piety, political propaganda, trivial realism (kitsch), advertising and product aesthetics, and the ‘art of the mentally ill.’” And that’s not to mention a particularly “nightmarish depiction of racist lynch-mob justice in the United States.” As ICI recounts, Documenta 5 “was criticized in 1972 as being ‘bizarre … vulgar … sadistic’ by art critic and essayist Hilton Kramer and ‘monstrous … overtly deranged’ by art historian and art critic Barbara Rose [but] resonates today as one of the most important exhibitions in history.” 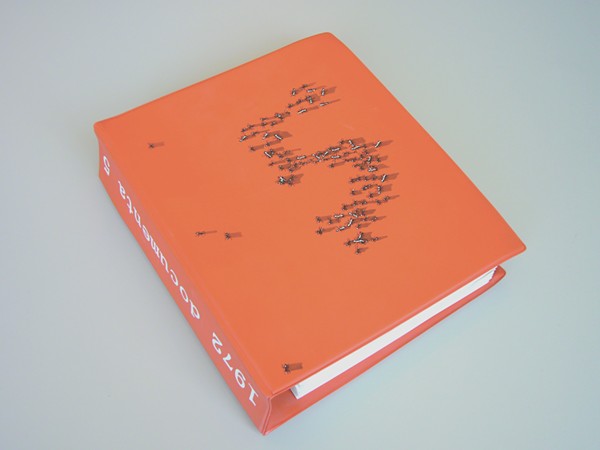 Courtesy of the Southwest School of Art
“Harald Szeeman: Documenta 5”
An Austin-based photographer whose work deals with outmoded technology, abandoned spaces and cultural artifacts, Adam Schreiber is perhaps best recognized on a local level as the 2010 Artpace resident who parked a DeLorean DMC-12 in the middle of his gallery/studio space, using it as a centerpiece for his International Artist-in-Residence exhibition “Diminishing Return.” Schreiber returns to San Antonio this week to unveil “Copywork,” a solo show “inspired by the labor of careful looking, the labor of position, and the making of reproduction as an experience of unseeing.”
click to enlarge 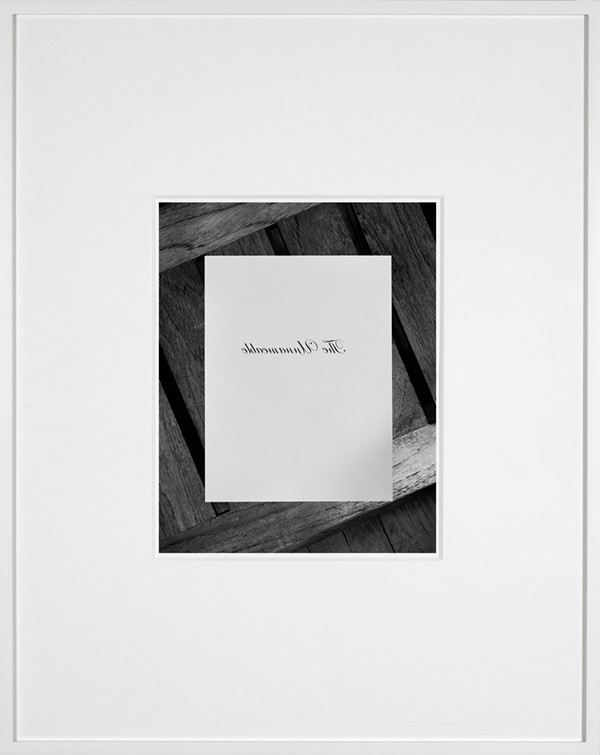 Courtesy of the Southwest School of Art
Adan Schreiber, “Copywork”
A fellow Austinite and Artpace alum, Jessica Mallios spent the spring of 2014 in San Antonio producing “Sight Lines,” an exhibition that employed glass and photographs — including some taken from the Tower of the Americas — to tinker with abstraction, representation and the entire experience of viewing images. For her new series “The Shard,” Mallios took her camera to the observation platform of the Renzo Piano-designed London skyscraper The Shard and zoomed in on the building’s architectural details as part of her ongoing exploration of “optics, panoptical architecture, camera vision and human perception.” Her exhibition also revisits Berliner Fernsehturm, a 55-minute video she filmed in 2017 from the rotating Berlin Television Tower.
click to enlarge Courtesy of the Southwest School of Art
Jessica Mallios, “The Shard”
An official component of DreamWeek, the group show “Signs of Life” represents a collaboration between the Southwest School’s Teen Studio Intensive and esteemed local artist (and regular Current contributor) Gary Sweeney. The project entailed students deconstructing upcycled election signs to create “ransom-style notes” delivering decidedly mixed messages. Following the opening reception, their “Signs of Life” will return to the original context in which they were found: “on fences and lawns throughout San Antonio.”