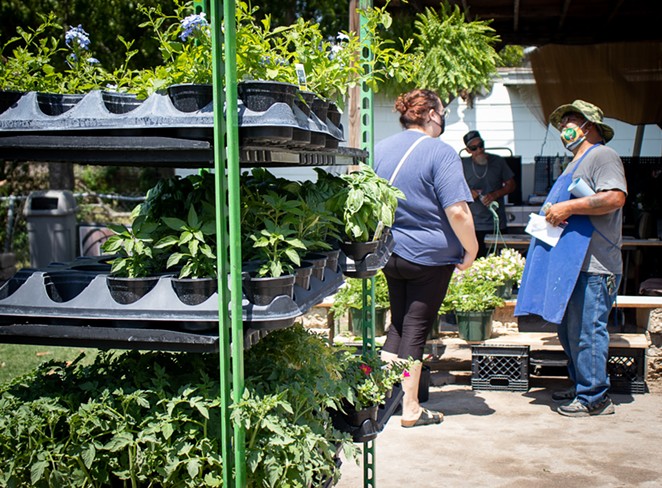 Nothing is more puro San Antonio than neighbors helping neighbors.

That's what happened when an anonymous Instagram user solicited support for a small plant seller on the South Side. Her post went viral and created an explosion of support for the backyard nursery.

"I didn't even know what was going on. I am old school and don't have social media," Para Para Nursery Owner Antonio Noriega III told the Current.

So, it came as a surprise when the tiny home-based nursery, which Noriega and his wife licensed as a business two years ago, was overwhelmed by customers.

It all started when Instagram user @criscram visited Noriega's business on 232 Kathy Drive, near Interstate 37 and East Southcross. The user posted about her friendly encounter with the plant seller and explained how financial troubles during the COVID-19 crisis had hurt his small business.

"His van that he uses to transport the plants broke down recently so his inventory is pretty limited right now," @criscram wrote in her post.

"PLEASE visit Antonio if you can, buy a plant or just visit to ask when he will have more inventory available, he is very generous and obviously loves what he and his wife get to do together," the post continued.

Though @criscram's Instagram profile is now private, a screenshot of the post tweeted by @lizarrdqueen on July 5 was shared over 9,000 times on Twitter, and responders pledged to visit Para Para by the dozens.

"I wish I could see the girl again who started all of this," Noriega said.

He remembers the young woman's visit, but didn't think anything more of the encounter until a lot more customers than usual started showing up, saying they heard about the nursery through social media.

"She is my guardian angel," Noriega said of his anonymous helper. "She just came out of nowhere. I never even got the young lady's name."

According to @lizarrdqueen, @criscram reportedly set her Instagram profile to private soon after her post about the nursery. Other users of the photo sharing service began visiting and supporting Para Para, but they said they were unable to track down the original poster.

Noriega said the increase in sales allowed him to fix the van he uses to carry new inventory. The fuel pump went out and he was struggling to pay for the maintenance. At that point, he couldn't even afford new plants to restock the stands in his yard.

Noriega said the anonymous woman came and purchased the last Bird of Paradise flower he had in stock. Soon after her visit and viral post, he made enough in sales to fix his vehicle and buy more plants.

"Now, on some days I have to leave to restock plants three times a day," Noriega said. 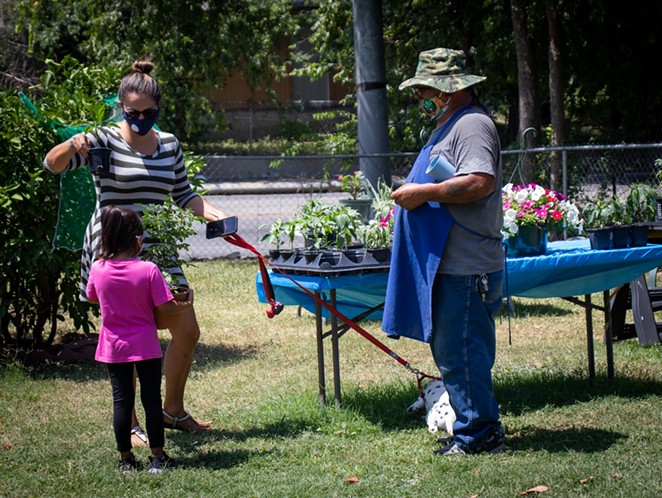 Until recently, most of the nursery's customers either lived nearby or heard about the small business by word of mouth. Only a green and white "Plant" sign posted in Noriega's fenced yard advertises the business.

During Friday's visit by the Current, 15 plant-seekers piled into the backyard to support Para Para. Several customers said they found out about the nursery from the viral social media post.

"I don't have words," Noriega said, choking up. "I want to thank that girl from the bottom of my heart."

"I would have never have expected something like this," he added.

Noriega said he had no idea there were so many generous people in the community. But with all the support he received, he now feels motivated to reciprocate.

"I am going to give 100% to helping people, even more than I did before, because it was done to me," he said.

Noriega recalled a time when he was unemployed and collecting food stamps. When he received more than he needed, he used the food to feed homeless individuals. 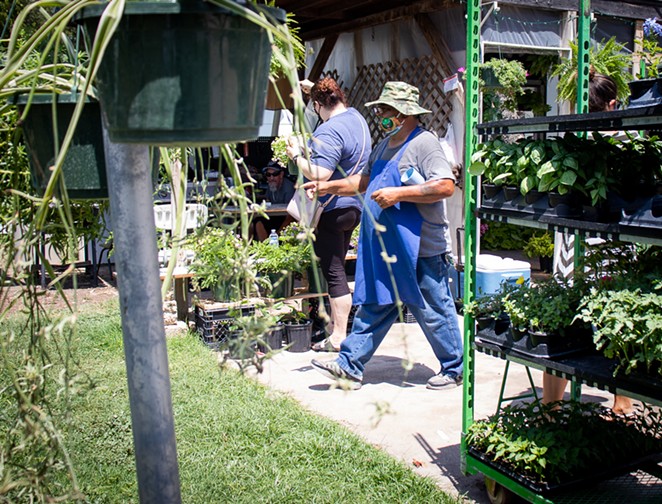 While Noriega had difficulty finding words to describe his gratitude, he said he hopes to one day communicate his appreciation to the anonymous supporter.

"God bless her, wherever she is," he said. "I hope one day she will return to the nursery so I can give her my thanks in person."

Para Para is open seven days a week, selling seasonal plants such as peppers, herbs and tomatoes, as well as hanging flower plants and succulents. Noriega said if the big blue van is there, then he will be there too — open for business.