Send a News Tip
Sarah Tressler, a former society reporter fired by Hearst’s Houston Chronicle last March when it was discovered that she was moonlighting as a stripper, is now a reporter at Hearst’s San Antonio Express-News. 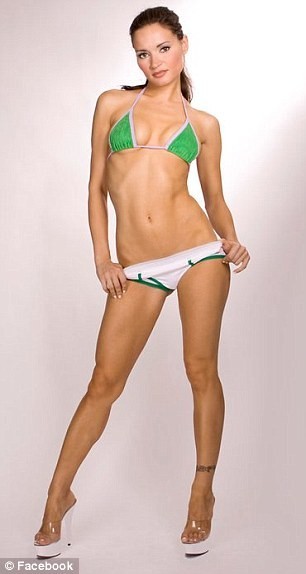 Do we really give a shit? Not really, Tressler is an adult woman in charge of her own body, career, and choices, but the hubbub around her is interesting fodder for conversation. Should the Chronicle have fired her? Is it ethical? Why did Hearst hire her back, particularly here in San Antonio? Was there some sort of settlement? Many in Texas and around the country are still scandalized by Tressler's double life. We think its wrong to shame/punish a woman for her choices.

The reporter started here in the Alamo City on Friday and her controversial career has been making a splash nationally. She is currently working as part of the E-N’s Go Team, covering breaking news for the paper’s website, My San Antonio.

According to her Twitter bio, she is “covering cops, crime and general mayhem for the San Antonio Express-News.”

The successful reporter with an NYU masters degree in journalism is no stranger to the spotlight and once took to her (now private blog) Diary of an Angry Stripper to write a ridiculously steamy tell-all about the time Entourage star Jeremy Piven reportedly went down on her.

Some parts were salvaged by Gawker:

“This is a good song, I thought as his head maneuvered somewhere below my waist. I was kind of also watching TV—a football game was on mute—and finally starting to come to the realization that John Legend was worth all the hype he was getting at the Sundance Film Festival the previous year.

I alternated between being nervous that I was not as hot as his last hookup, being amazed that I was looking at Entourage's Ari Gold eat my pussy, and being bored with how mundane it was. It was all somewhat disappointing, frankly.

To make matters worse, I caused a minor accident that could have been disastrous. I get a bit lively when I'm being intimate, and I threw a pillow off to the side at one point, which landed on the nightstand. Out of the corner of my eye I noticed a flash of light.

Candlelight is so cliché, anyway.”

Well, she’s definitely got a knack for words.

Tressler didn't take her firing without a fight, either. On top of publishing her Angry Stripper blog as a book, Sarah filed with the EEOC for wrongful termination on the basis of gender discrimination. You go girl. Hence the speculation on whether her re-hiring by Hearst is part of a settlement. All power to her.

Who really cares if she has/had a night job? What do you think?