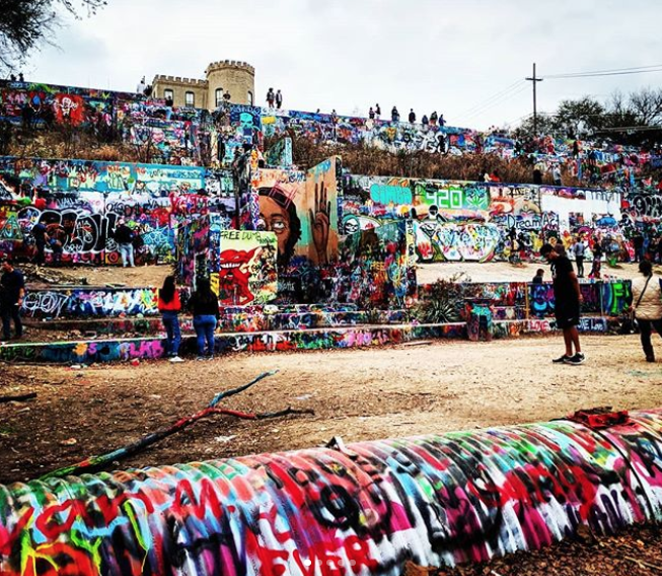 seanmaclean / Facebook
One of Austin's most beloved public art spaces is set to be demolished, following a vote from the city's Historic Landmark Commission.

Nicknamed "Graffiti Park," the concrete walls and slabs covered in graffiti at 1012 Baylor Street will be demolished. Though the commission didn't give any details or reasoning, each of the members voted to demolish the park during a meeting on Monday evening, according to Austin's Community Impact.

Officially known as HOPE Outdoor Gallery, the park opened in 2011 as part of a SXSW event for muralists, according to the Community Impact. The newspaper reports that the concrete walls and slabs collectively referred to as "Graffiti Park" were left behind by a failed housing development from the '80s.

For Texans who frequent the park when in Austin, there is some good news. The Community Impact reports that the gallery will relocate to Carson Creek Ranch in east Austin. Though it'll be out of the way, closer to the airport on the outskirts of the city, the new location offers more structure and space for artists.

Graffiti Park 2.0 is expected to open by the end of the year and will feature a slab from the old park to serve as a memorial.