Both fighters are going into the Alamo City bout with something to prove. 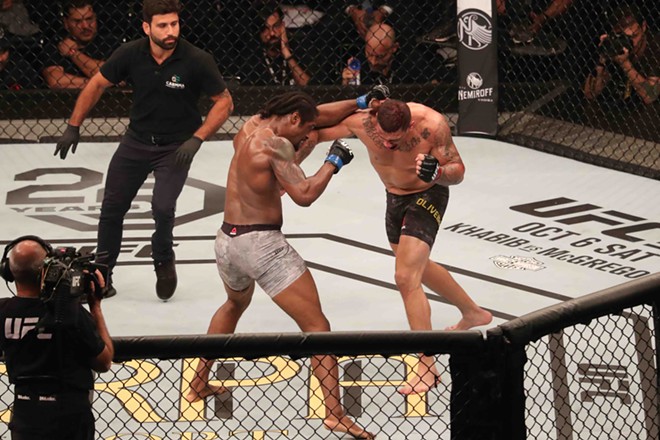 
Sean Brady and Michel Pereira will meet in the octagon Saturday, March 25 for the UFC Fight Night event in San Antonio.

The welterweight matchup is the latest addition to the five confirmed slugfests on the San Antonio card, announced earlier this month. While the UFC hasn't confirmed the bout, MMA journalist Damon Martin shared details on Twitter two days ago.

Confirmation also came from Pereira in a recent interview with a Brazilian media outlet PVT, and Brady also shared the news via Instagram.

Both fighters are going into the San Antonio card with something to prove. Brady, the current No. 8 welterweight, has only experienced one defeat in his professional career. That came at the hands of No. 4-ranked welterweight Belal Muhammad in a second-round TKO.

Meanwhile, Pereira is looking to crack the UFC’s Top 10 welterweight rankings, and he rolls into the bout with the confidence of finishing a five-fight winning streak.

Although a main event hasn't yet been announced for the stacked San Antonio card, the other fights include: