Silver Linings: San Antonio’s arts community weighs in on the positive side effects of quarantine 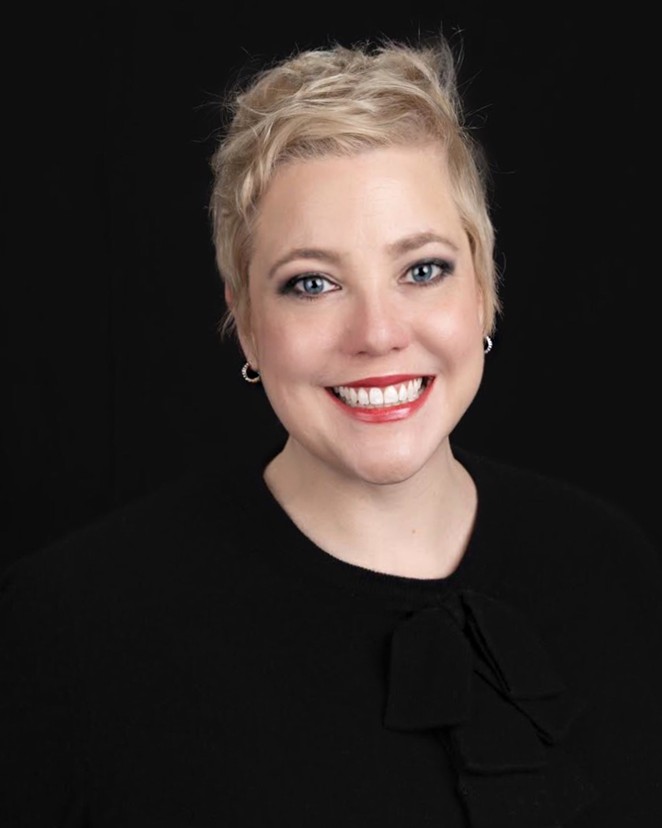 Courtesy of Sarah Fisch
Sarah Fisch, writer and comic
I just went back to standup in a dedicated way about two years ago, and I’d been spending time in Los Angeles performing and getting a set together when it hit.

Most comics I know are in withdrawal — not just from a professional standpoint, not knowing when live shows will re-commence, and which venues will survive — but if you’re used to a live audience, Zoom comedy is hugely frustrating. You don’t get the energy or attention of a live audience, plus the little glitches and delays in reaction make it hard to figure out which jokes are really hitting, how long to pause for a laugh line, whether you’re completely bombing or if people just have their mics muted.

You know how weird it is to watch Seth Myers with no audience? It’s even worse performing without one.

There are comics and performers who’ve done great work via Zoom and Instagram, though. Tori Pool and Larry Garza are unstoppable, their posts and IG stories make me laugh — Tori’s character bits and how she uses the medium are beyond. I can’t wait to go see them again in person when things open up.

And Marisela Barrera used Zoom live from her porch along with pre-recorded videos brilliantly in Tejana Rasquacha. I would have watched that another 10 times.

A few months into quarantine, in order to ward off anxiety and depression, I started learning Russian. I was already using Duolingo to brush up on my dwindling Spanish, but I got curious about how hard it would be to play with a language I had no knowledge of whatsoever.

And Russian has always intrigued me. I guess being a Cold War era kid, it seems like this forbidden and mysterious language. And I’ve always liked Russian literature, ever since high school. I was in The Cherry Orchard at the Classic Theatre almost two years ago, too. So I set myself this arbitrary goal of being able to read Chekhov in the original Russian at some point before I die.

It turned out to have been a good choice, because Russian is just incredibly difficult. So difficult, in fact, that between memorizing and using Cyrillic alphabet, the absolutely bizarre verb cases, and the insanely tricky pronunciation, it’s impossible to think about anything else while you’re working at it. So I’ve spent a couple of hours every day for months learning Russian. On Duolingo it’s fun, too, because it’s game-ified enough so you feel like you’re advancing even if it’s taken you three weeks just to get through one lesson.

I have three real-world friends who are Russian speakers, and I’ve taken to texting them impromptu poems. Lists of animal names, things like that. This is probably more fun for me than for them.

In addition to the lessons, there are chat rooms in Russian that you can sign up for. They are mediated by Russian speakers, and it’s people from all over the globe speaking (typing, usually) in halting Russian. It’s a hoot. Nobody’s accusing anyone of undermining American democracy, people tend to keep it light, especially now. “Do you have a cat?” “I like to cook noodles for breakfast.”

This led me down a rabbit hole of watching Russian movies and TV shows. It’s exciting — a character will say something basic like “where’s the train station” and I’m just beaming.

The Criterion channel has a lot of Soviet-era filmmakers; Tarkovsky, Klimov, Eisenstein. Larisa Shepitko is an underrated genius — underrated in the U.S., anyway. An added benefit of her films are that they are set in World War II. It’s really hard to feel sorry for yourself watching what Soviet partisans were up against.

Weirdly, all this Russian mind-expansion and movie-watching has me working on my first screenplay. It’s like the disorientation of doing something badly freed me up creatively, if that makes sense.

I hasten to add that I do not speak or understand Russian anywhere near being able to read Chekhov. I might be able to have a conversation with a five-year-old about their day. But they’d have to take it slow. And I can bust out some of my favorite nonsensical questions that Duolingo has taught me, like

Ты знаешь эту курицу? (Do you know this chicken?)

Почему твоя лошадь в метро? (Why is your horse on the subway?)