The final two films in the series at Hemisfair are Goldeneye (July 2) and Skyfall (July 9). 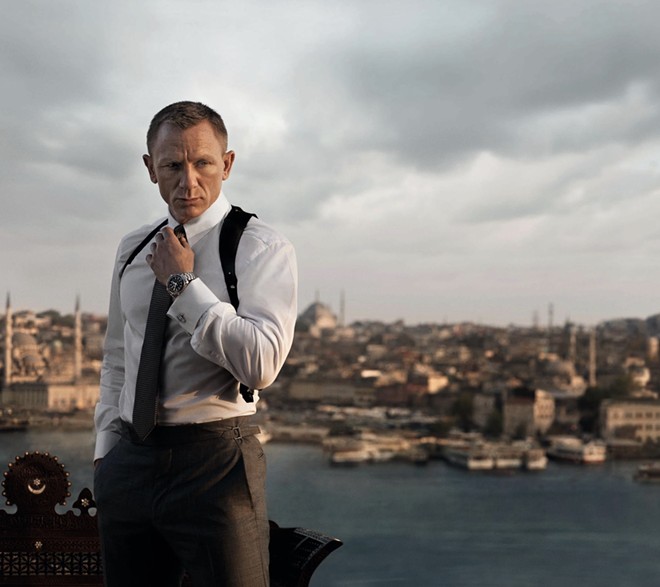 GoldenEye marked the first time Pierce Brosnan played Bond in the franchise. Brosnan was the fifth actor to portray the super spy since 1962 and made four movies during his run. Directed by Martin Campbell (Edge of Darkness), the film follows Bond on a mission to stop a Russian crime syndicate from using a space-based weapons program. Sean Bean (Games of Thrones) plays Alec Trevelyan, the film's primary villain, a spy once known as Agent 006 who faked his death and betrays his agency.

GoldenEye also was the first Bond film to feature an actress, Judi Dench, in the role of M, the head of MI6.

The screenings are family-friendly events, so, sorry, no shaken martinis will be served.