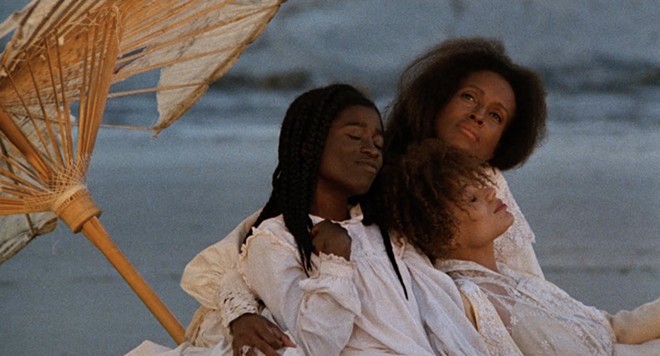 The Criterion Channel
Slab Cinema will screen Julie Dash's Daughters of the Dust on Feb. 19.
In celebration of Black History Month, Slab Cinema Arthouse at the Blue Star Arts Complex will present Beautifully Black, a film series showcasing a selection of features and shorts starting February 3 and running through the entire month.

Several of the movies that will screen in this series were selected for preservation in the National Film Registry for being “culturally, historically or aesthetically significant.” These include the 1961 drama A Raisin in the Sun, the 1975 coming-of-age dramedy Cooley High, the 1978 drama Killer of Sheep, the 1989 dramedy Do the Right Thing, the 1990 documentary Paris is Burning and the 1991 indie film Daughters of the Dust.

Written and directed by Julie Dash, Daughters of the Dust is the first feature film directed by a Black woman that had a mainstream release in U.S. theaters.

“Film can be that balm of Gilead,” Dash told Vogue in 2016. “Film can be that prescription for many ills of the world. Just like years ago, when Lenin said film is the most powerful mechanism of the 20th century. They certainly knew that you could turn a whole generation. You don’t need to fight wars anymore; just create a series of films that move and motivate and resonate with people and you could change a situation.”