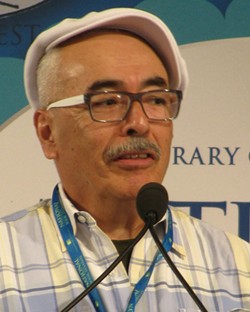 Juan Felipe Herrera, 66, was appointed on Tuesday by the Library of Congress as the official U.S. poet laureate.

He begins his assignment in the fall, taking part in the National Book Festival in September.

"His poems engage in a serious sense of play – in language and in image – that I feel gives them enduring power," James Billington, outgoing Librarian of Congress, said in a news release.

"I see how they champion voices, traditions and histories, as well as a cultural perspective, which is vital part of our larger American identity," Billington continued.

Between novels, children's books and works of poetry, Herrera has published 28 books in his career. His latest is Portraits of Hispanic American Heroes, a picture book that came out last year.

"This is a mega-honor for me, for my family and my parents who came up north before and after the Mexican Revolution of 1910 – the honor is bigger than me," Herrera said.

Born south of Fresno in California's agrarian heartland, Herrera, the son of migrant farm workers who immigrated from Mexico, moved around a lot as a child, going to various schools all over the state.

He's the winner of numerous literary accolades, such as the National Book Critics Circle Award, International Latino Book Award and PEN USA National Poetry Award. He's also the recipient of various fellowships, such as from the Guggenheim Foundation and the National Endowment for the Arts.

He has passed on his talents to younger generations as a college professor. He retired this year from the creative writing department at the University of California-Riverside.

Herrera served as chancellor for the Academy of American Poets in 2011, as well as California Poet Laureate from 2012 until this year.

The national poet laureate designation is a rather open-ended assignment. It comes with a $35,000 stipend and in general recipients determine how to use the designation.

Reaction in support of Herrera on social media came swiftly from other well-known names in literary circles.

San Anto's own Laurie Ann Guerrero, currently the city's poet laureate who was just appointed as Texas poet laureate for next year, retweeted a story by NPR on Herrera's appointment. 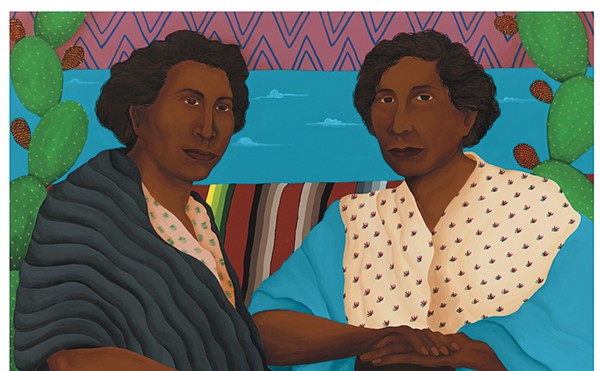