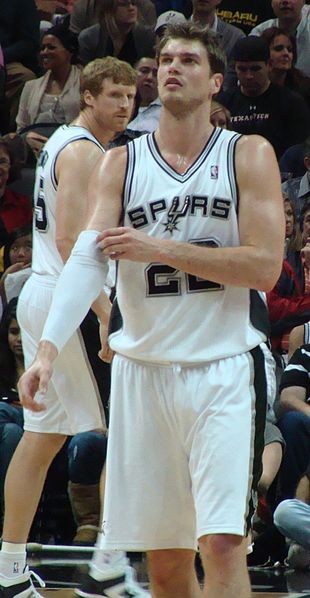 San Antonio will have to wait until Thursday night to learn whether or not Tony Parker will be invited as a Western Conference Reserve to the 2012 NBA All-Star Game in Orlando. In the meantime, Spurs fans can celebrate Kawhi Leonard's and Tiago Splitter's selection to the NBA’s 2012 BBVA Rising Stars Challenge.

Typically a contest pitting rookies against sophomores, this year’s Rising Stars Challenge is mixing it up. The 18 rookies and sophomores will be drafted by “General Managers” Charles Barkley and Shaquille O’Neal.

The 2012 BBVA Rising Stars Challenge Draft will be held on Thursday, February 16 on NBA TV at 6 p.m.

Former Spurs sharpshooter and TNT analyst Steve Kerr will serve as a coaching staff member for the contest.

Houston, we have an All-Star Game: David Stern announced on Wednesday that Houston will host the 2013 NBA All-Star Game at the Toyota Center. This is Houston’s third time hosting the All-Star Game with the last event taking place in 2006.