Former Spurs player and assistant coach George Karl will join Ginobili as part of the Hall of Fame's Class of 2022. 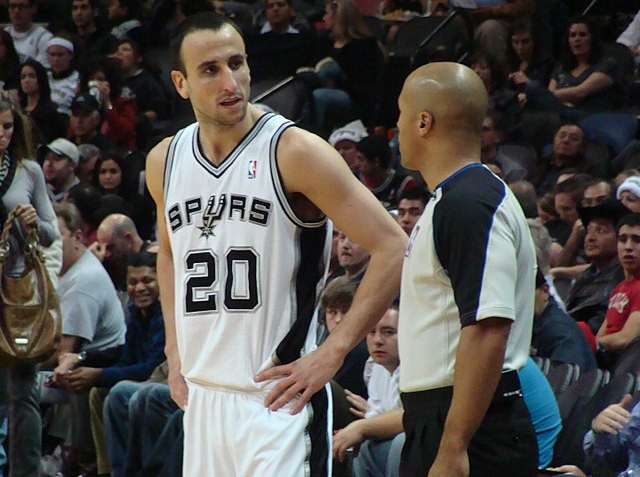 HoopHall, the official website of the Naismith Basketball Hall of Fame, announced the list of presenters Monday.

Ginobili helped dominate the court during the Spurs' 2003, 2005, 2007 and 2014 championship years, playing alongside Duncan and Tony Parker. The Argentine-born player is one of only two players in history to win an NBA championship, an Olympic gold medal and a Euroleague title.

Ginobili won't be the only Spurs superstar inducted as part of the Hall of Fame's 2022 class, though.

George Karl, who played five seasons with the Silver and Black before being named the team's assistant coach in the '70s, will join Ginobili as an inductee. One of the youngest ever to become a head coach, the Cleveland Cavaliers bestowed Karl with the title at the age of 33. He'll be inducted into the Hall of Fame by basketball greats Roy Williams, Gary Payton and Bobby Jones.

Ginobli, Karl and the rest of the Class of 2022 will be honored during the induction ceremony on Saturday, Sept. 10 at the Naismith Basketball Hall of Fame in Springfield, Massachusetts.

Although the ceremony will be livestreamed on the Hall of Fame's website, Spurs mega-fans looking to attend in person can buy tickets online with nosebleeds starting at $149.