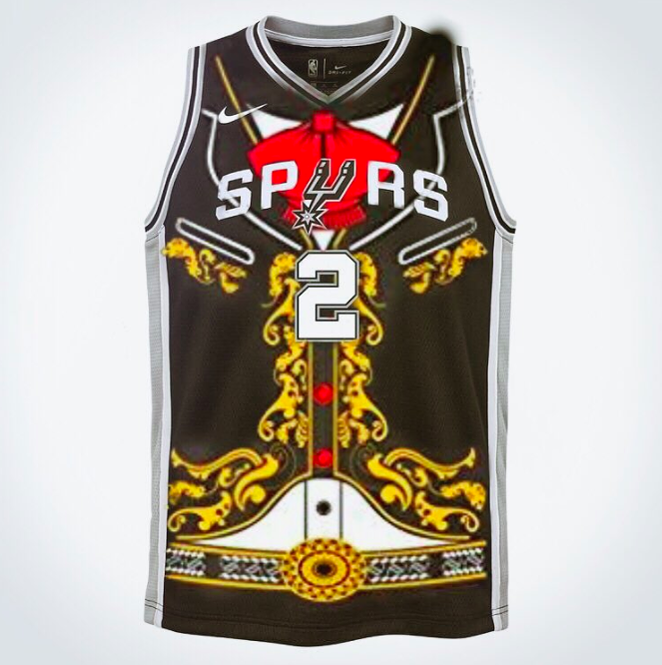 GDUB18T / Twitter
The "City Edition" Spurs jersey, in collaboration with Nike, have been unveiled. To say the least, there's been mixed reactions about them.

The camouflage design is modeled after the U.S. Army Combat Uniform to honor those who have served in the armed forces. Which makes sense, since San Antonio prides itself in being Military City USA.

A number of fans took to social media to say the uniforms should have incorporated the Fiesta colors. Something like this design, shared by Twitter user @JT_Cameron96, was probably what they were hoping for.

We Want This...
Not a ripoff military night Jersey. pic.twitter.com/qyWIieM3rj


Others thought that while the military presence in the city is important, it's not the biggest takeaway from San Antonio culture.

So that's why Gabe Froman decided to make these mock-ups that are obviously taking the Mexican influence to the max. One jersey goes for the mariachi look, while the other has a serape draped across the bottom.

We're totally down for these designs in the future. Spurs and Nike, your move.