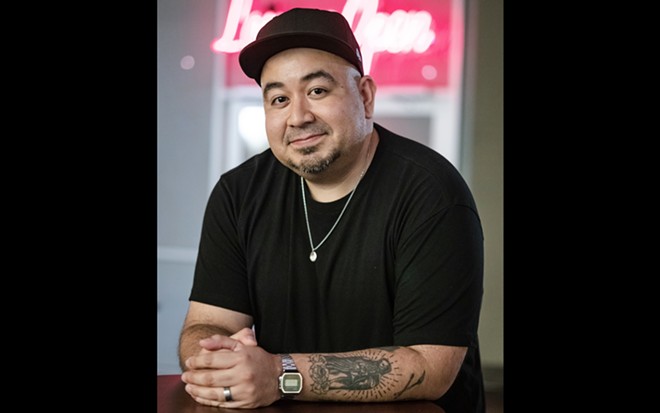 Chase Otero
Fantastic Damage takes place on every fourth Friday of the month.
If you like to laugh but aren't necessarily into stand-up comedy, the Blind Tiger Comedy Club is offering a new type of show where performers take to the stage to tell embarrassing, strange and even horrible stories from their pasts — but in their own humorous ways.

Produced and hosted by Patrick Christopher, Fantastic Damage has been taking place every fourth Friday of the month since April 2022. Christopher named the show after the debut solo album of rapper, songwriter and producer El-P.

"When I was asked to produce a new comedy show, I knew for sure that I wanted to do a storytelling show," Christopher told the Current. "We've had some great comics share their funny stories, and we plan to keep it coming. ... [Fantastic Damage] is about bad times from the past that may have cause some major pain that when we look back now and share those stories with others, we can all laugh."