Right now, the orchestra is working to rebuild and reconnect with the community. On Saturday, Aug. 27, classical music fans mingled with musicians and board members of the newly formed San Antonio Philharmonic inside downtown's Maverick Carter House. The gathering came just three days after musicians from the dissolved San Antonio Symphony announced the formation of the new orchestra.

Surrounded by crystal vases and other pricy tchotchkes, a trio of symphony musicians sat around the 1893 home's dining room table with laptops to help fans select tickets for its 2022-23 season. A line of a half-dozen people queued into the living room.

The historic Maverick Carter property sits in the shadow of both First Baptist Church, where the revamped orchestra is scheduled to play its 13-week concert season, and the Tobin Center for the Performing Arts, the publicly funded performance space where the Symphony was a resident company.

The irony wasn't lost to some who waited in line.

"I'd like to see the city and the Tobin offer the same support to the Philharmonic that they did to the Symphony," said Drea Garza, a regular attendee of Symphony performances who was eager to get tickets for the Philharmonic's Sept. 16 debut performance. "As a taxpayer I feel like I'm not getting what I'm paying for."

However, Brian Petkovich, the San Antonio Philharmonic's president, said a move back into the Tobin isn't something likely to be ironed out in the next few weeks. Nor is obtaining the public funding necessary for the orchestra's long-term viability.

Right now, the orchestra is working to rebuild and reconnect with the community via the concert season and 36 Young People's Concert programs for local schools.

"Basically, we're starting with our closest friends first," said Petkovich, who spent 26 years as the Symphony's bassoonist. "Then we have to reach out to the community as a whole. ... I think everyone is still processing the Symphony Society's bankruptcy."

The Symphony Society of San Antonio disbanded the 83-year-old orchestra in June, saying it saw no way to resolve a nine-month strike by the orchestra's musicians. The players staged a walkout last September, saying the board's plans to slash pay, benefits and the size of the orchestra to cut costs would kill the financially strapped symphony.

The San Antonio Philharmonic has $1.1 million to carry it through the end of the calendar year, at which point it will need to budget additional funds to complete its season, according to Petkovich. That's a far cry from the $8 million or more the organization had in some recent years.

In addition to getting its inaugural season rolling, Petkovich hopes to convince San Antonio officials to transfer the $84,000 that remains of the city's three-year arts grant to the Symphony into the coffers of the Philharmonic. That would prevent the fledgling orchestra from waiting for two years to apply under the city's next funding cycle.

The Philharmonic also needs to fill its management ranks with people experienced at running arts organizations so the musicians can get back to their primary task of playing concerts, Petkovich added. A musician-run organization is not the orchestra's end-game.

"What I feel like we're doing with this season is buying time to have a discussion about how the arts in San Antonio will be funded over time," he said.

Another of the issues that will likely need to be sorted out is whether the Philharmonic can eventually move into the Tobin Center, which was built in 2014 with significant public and private investment as a permanent home for the San Antonio Symphony.

When the musicians staged concerts while on strike, the Tobin declined to give it resident status. In a statement supplied to the San Antonio Report this summer, officials with the performance space said such a decision would be made by "Tobin Center management after conferring with a collection of community arts professionals along with the Tobin Center Board of Directors."

The Tobin Center didn't respond to the Current's inquiry about whether the San Antonio Philharmonic would be able to obtain resident status or how a process for obtaining that status would work.

In an emailed statement, San Antonio Department of Arts & Culture Executive Director Krystal Jones said she has arranged a meeting with the Philharmonic's leadership about future grant opportunities.

However, she added that the orchestra doesn't yet meet the city's eligibility rules, which require nonprofits to have actively produced programmng in the city for a minimum of three years.

Just the same, Mayor Ron Nirenberg struck an optimistic note about the organization's future in a written statement supplied to the Current.

"I still believe that San Antonio deserves and should have a world-class, fairly paid symphony orchestra," Nirenberg said. "To make that a reality, we need a sustainable structure. Conversations are ongoing among community stakeholders, and I believe a path forward will emerge in the near future."

The musician-led Philharmonic is now free to pursue more innovative ways to bring in funds such as offering workshops for adults or livestreaming concerts, said J. Charlene Davis, a Trinity University business professor who's been following the orchestra's financial woes.

However, those options, like ticket sales, won't provide long-term stability.

The key to providing the San Antonio Philharmonic with viability is securing public funding and support from deep-pocketed business concerns, Davis said.

And that will require local leaders to understand that San Antonio faces the public black eye of being a major city that let its symphony orchestra fade away.

"The fact that there's been this Lazarus-like resurrection is remarkable, and it says a lot about the passion and commitment by the musicians who made it happen," Davis said. "Now it's time for other parts of the city to step up and make their own commitment." 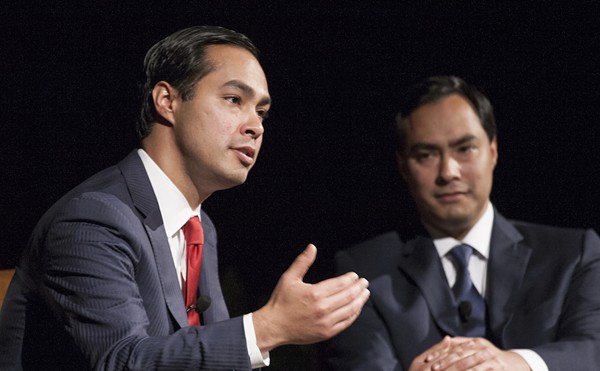