The year in Art Town, Texas 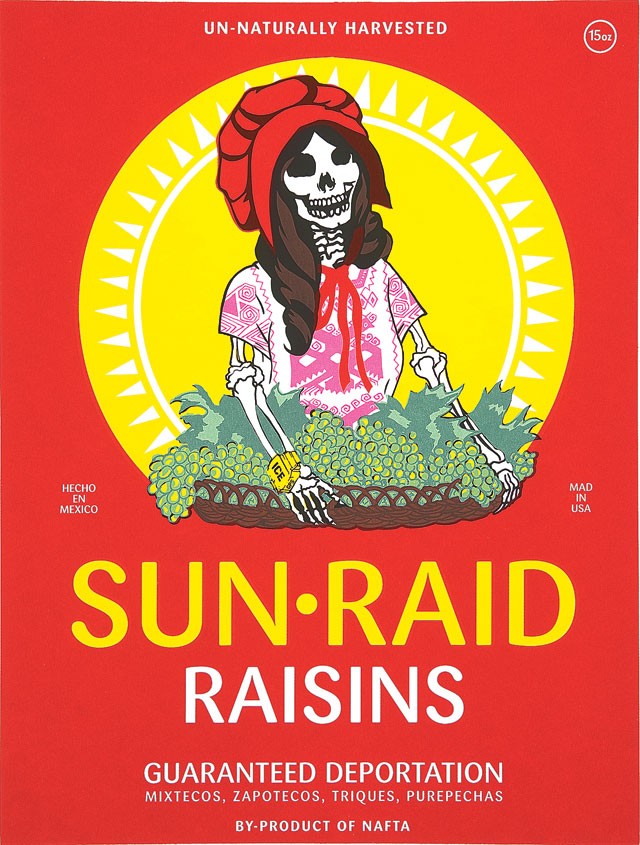 Sometimes, what doesn't kill you makes you stronger

San Antonio is known for its small town feel — and that's not publicity hogwash, but a compliment we insist on paying ourselves. This isn't Houston, rightfully boasting its position as the third largest art market in the U.S. (after New York and L.A.), but something quite different. Commercial galleries are scarce, but art studios are everywhere. This is an art town, home to creativity, and proud in its independence. But now some of our seemingly self-sufficient visual artists have to become more so. Since construction began earlier this year at the Blue Star Arts Complex, a number of art spaces have been shut down. Cactus Bra, Three Walls, Stella Haus* are temporarily displaced. Some may return, but rents are increasing. The changes haven't thwarted everyone, though. Overtime Theater, losing a good portion of its area in the renovations, made the plunge and relocated to a free standing building on Camden Street that they have converted to house two stages — and there is plenty of parking nearby, an amenity lacking in Southtown.

Though her gallery at Blue Star was not directly affected by the changes (which have attracted new tenants, like Bar 1919, with more retail in the works), Joan Grona closed her shop, a venerated locale in the SA art world. No relocation planned, she's dropped her famous art openings for the art consultant's life.

Also missing in Southtown is David Shelton, who moved his gallery — known for its stable of SA artists — from Alamo Street to Houston. Grow or die — it's boot-strapping time again. In anticipation of an elevated role in their planned new building to be sited in the southern expansion of the complex, Blue Star Contemporary Art Center is now doing business as Blue Star Contemporary Art Museum.

How opera helped save the symphony, maybe

For a while, it seemed like SA might become more like Minneapolis. A cultural magnet with the Walker Art Center, the Tyrone Guthrie Theater, and two internationally renowned orchestras, you might think that would be a good thing. Not what I'm getting at. After working without a contract for a year, things got close for the musicians of the SA Symphony. Like the Minnesota Orchestra and its famed neighbor St. Paul Chamber Orchestra, the Atlanta Symphony Orchestra's attempts at signing an agreement with management seemed to be getting nowhere, as was the case with more symphonies worldwide. At the last moment, October 1, SA Symphony musicians were offered a deal with modest yearly increases in pay and weeks of work that they could accept — a three-year contract, bolstered by mention of possible additional work in 2015 with "an Opera company." Rehearsals for the 2012-13 season's first concert began two days later. Shortly after, the planned but yet to perform Opera Theater San Antonio, helmed by Mel Weingart (also president of the Tobin Theatre Arts Fund), announced a name change to The Opera San Antonio, along with attainment of $500,000 in seed money — over 300k combined coming from the San Antonio Department for Culture and Creative Development and the Kronkosky Charitable Foundation. Both the SA Symphony and the new opera are slated to be based in the under-construction Tobin Center for the Performing Arts. The musicians of the two venerated Minnesota orchestras? They're locked out, their season shot.

Were there more group art shows this year? It's a difficult endeavor for both curator and preparator (being responsible to each individual artwork, each artist, and to the exhibition as a whole), at least one more level of difficulty beyond the usual. The "San Antonio Collects" series organized by SAMA presented, perhaps unexpectedly, a very large number of pieces and collections, especially in the contemporary section — proof that the arts in SA receive support from many individuals. Especially valuable for exhibiting important works not often seen was the SA Collects section devoted to African-American art, from the collections of Harriet and Harmon Kelley and Leo and Irene Edwards. "¡Queers, Presente! 25 años - 25 artists," curated by Penelope Boyer, recalled a period of queer art activism at the Esperanza that really should return.

Currently on view at the McNay is "Estampas De La Raza: Contemporary Prints from the Romo Collection," a masterful collection of works by Chicano printmakers that chronicles the Chicano Movement beginning in the 1960s, and continues into the 21st century. If you haven't seen it yet, get out there — it's up through January 27.

*The original story incorrectly added REM Gallery to the hit list. We knew better; they are alive and kickin' in a big house gallery on Park. Here's a recent review to prove the point: http://sacurrent.com/arts/visualart/richard-and-maria-mogas-at-rem-gallery-1.1414474