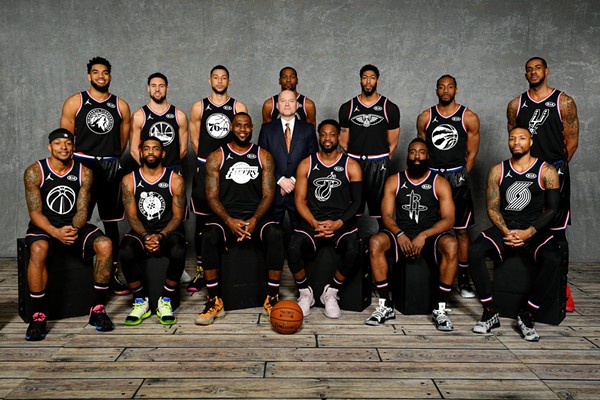 Twitter / spurs
If you were expecting any drama between LaMarcus Aldridge and Kawhi Leonard, we're sorry to disappoint you. But maybe you can join us in laughing at the two standing nearby each other in a photo of Team LeBron.

"Nearby" seems to apply here, since there's no way to claim the pair are standing next to each other.

We're not body language experts, but a lot of folks on Twitter are claiming to be after seeing the huge gap between Aldridge and Leonard, who played together on the Spurs for three seasons before Leonard's dramatic trade to the Toronto Raptors.


And here are all the witty jokes NBA fans came up with.

Photographer: “Guys on the right, can you slide a little closer together?”