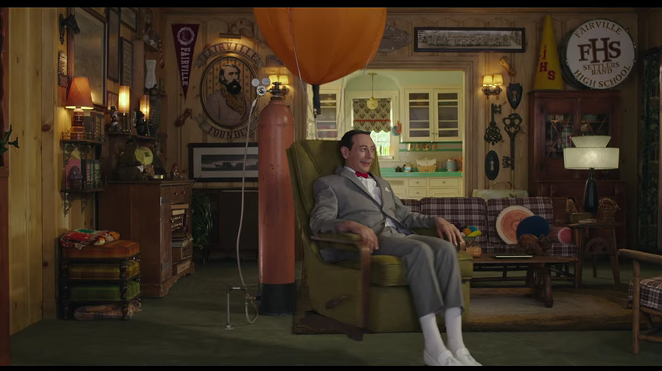 YouTube screenshot
Pee-wee is coming to your living room.
Pee-wee, in all of his bow tie-wearing, bike-riding, secret word-selecting glory, is back. Almost.

Netflix will release Pee-wee's Big Holiday, Paul Reubens' latest addition to the Pee-wee canon, on March 18. Today it released a teaser trailer for the film. The trailer doesn't reveal much in the way of plot, and there's no evidence of a return to the basement of the Alamo, but it's worth your time nonetheless: