Why You Live and Die With the Silver and Black 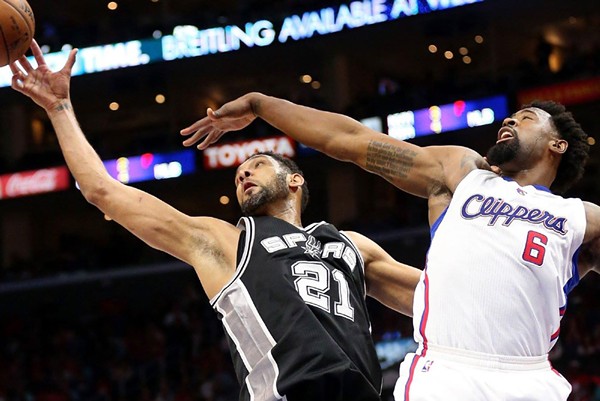 The comments read more like telegrams from some hostile foreign front than a reaction to a basketball game.

"Everything hurts and I'm dying."

"I'm out of words. I feel immense sadness. ... The sudden drop of stress gave me an actual headache."

Those are selections from a post-game thread on the San Antonio Spurs subreddit, an online community for Spurs fans, after the team's season ending playoff loss to the Los Angeles Clippers on May 2, 2015.

There's clearly some hyperbole at work here (this is the Internet, after all), and comments made in the immediate aftermath of a crushing loss are likely the rawest and lack the most perspective.

But the pain that comes with such losses isn't irrational. To an extent, our reaction might even be outside our control. Our sense of self-esteem, self-identity and community connection are greatly influenced by the success of our favorite teams, according to psychologists. And that might be truer in San Antonio than most other places.

With only one team from United States' the four major sports leagues, San Antonio occupies a unique place in the professional sports landscape. Of the 122 teams in those leagues, just seven are the only squad in their respective cities.

Psychologists are unsure how that impacts the psychic effects of fandom. But some suspect that it could intensify the impact. Rick Grieve, a psychology professor at the University of Western Kentucky, called it a "fascinating question."

Grieve contrasted San Antonio's sports market with New York City's, where nine teams from major leagues vie for the loyalty of Big Apple residents. Choosing between so many different rooting interests might divide fans' loyalty and attention, he said. Or it could be a matter of swapping out devotion as the seasons change.

"If it's the only game in town you're going to be 100 percent Spurs 100 percent of the time. But maybe that person in New York is 100 percent Knicks in basketball season and 100 percent Mets in the summer," Grieve said. "Does that dilute it? I think it might. But then on the other hand ... when you're looking at what kind of behaviors are going on, functionally is there a difference between die-hard Spurs all the time and die-hard Knicks and die-hard Yankees?" 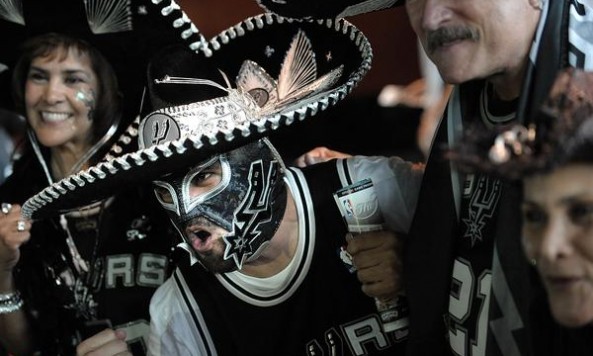 What's clear is that fandom binds people together in a way that few forces do. And while wins and losses are important for a community's collective psyche, a sense of uniqueness and differentiation from other groups is what fan bases truly crave.

"Fandom definitely plays a role in community building," said Stephen Reysen, a psychology professor at Texas A&M University — Commerce. "You can see your fan group as positive, but ... research shows distinctiveness is more important than being successful."

That Spurs fans perceive their team as special and unique is no secret. The anecdotal evidence — in the form of blogs, radio call-in shows and social media — is ubiquitous. But polls also quantify the city's ceaseless adoration for the silver and black.

The Spurs recently topped ESPN's Ultimate Standings, an annual holistic ranking of all 122 major sports team in the United States and Canada. The rankings rely on thousands of fans to rate their teams in various categories. Wins and losses count, but other factors bear more weight. Management's relationship to fans, community involvement, ticket affordability and player likability all come into play.

This is the second year in a row that Spurs fans have ranked their team as the best franchise in sports. They've topped the rankings four times total, and never finished outside the top 10 since ESPN first began the study in 2003. The Spurs have also tallied four second-place finishes.

Grieve said that the relationship between the team self-identity is a "mechanism that feeds back on itself." Team success begets personal positivity and confidence.

"It really does get tied up an awful lot in self-esteem," Grieve said. "I identify with this team, the team does well, I feel good about myself because I picked this team, I get more attached. It becomes a big cycle."

What about when things go south though? The Spurs' current run of dominance has few rivals in the entire scope of professional sports history, to say nothing of the NBA. But like all good things, it will eventually end. What will happen to Spurs fans' collective self-worth when the team is trolling for lottery picks instead of vying for championships?

The short-term effects won't be pretty. Viewing life through the lens of a losing team so tightly tied to one's identity can lead to "maladaptive attachment": pysch-speak for anger, sadness and general angst. That's truer for some fans than for others, depending on the intensity of one's team loyalty and other psychological factors.

But in the long-term, Grieve and others have found that attachment to a local team is generally healthy.