As court considers delta-8's future in the state, new poll shows 94% of Texans support it being legal 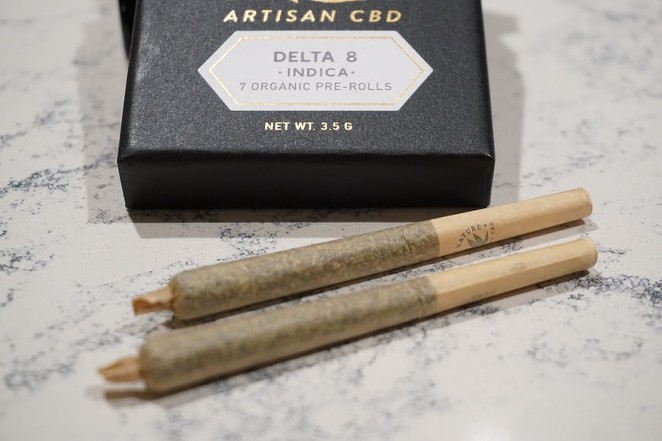 UnSplash / Elsa Olofsson
Just 5.6% of Texans in a new poll said delta-8 should be illegal.

As a judge begins to hear a legal challenge Friday to the Texas health department's recent declaration that delta-8 is an illegal drug, a new poll shows that 94% of Texans oppose a ban on its sale.

That means just 5.6% of the Texans surveyed in the 500-person poll think delta-8, an isomer of THC found in conventional marijuana, should be totally illegal.

Many Texas CBD retailers assumed delta-8, which has sufficient THC to produce a "high," was legal to sell after passage of the federal Farm Bill in 2018 and a separate 2019 state law, both of which legalized the growing of hemp.

However, last month, the Texas Department of State Health Services quietly listed delta-8 on its website as an illegal substance, throwing a curve ball to hundreds of retailers and distributors who had been selling the isomer for months.

In late October, State District Judge Gary Harger turned down CBD distributor Hometown Hero's request for a temporary restraining order blocking the state's declaration. However, the judge did set a Friday, Nov. 5 hearing to examine whether the state's move violated the law and created an unfair burden for CBD businesses.

CBD Oracle's poll found support for legal delta-8 across the political spectrum, although it was slightly stronger among Democrats. Even so, when it comes to completely banning the substance, the margins were minimal. Just 6.6% of Republicans were completely against the product's sale, compared to 5% of the opposing party.

The survey also showed that younger Texans were more likely to support the legalization of delta-8 versus older ones.