Obesity rates declined in Washington after the state became one of the first in the U.S. to legalize recreational use. 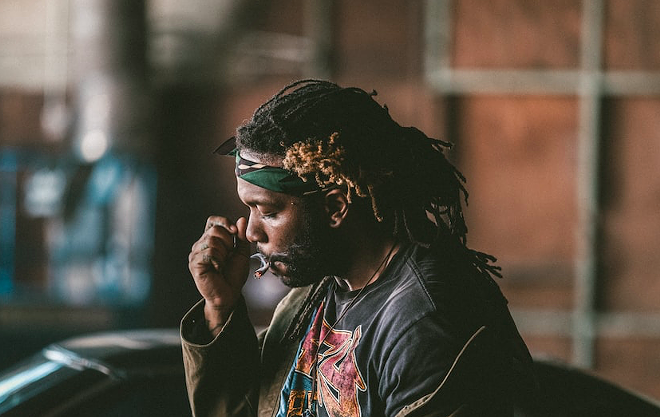 Unsplash / Jakob Owens
A new study looked at the link between weed and obesity by examining data from Washington, one of the first states to legalize recreational use.
A new study appears to blow holes in the stereotype that cannabis users are munchies-addled couch potatoes with a bong in one hand and a bag of Cheetos in the other.

A new analysis published in the Journal of Health Economics tracked obesity data in Washington, one of the first U.S. states to green light recreational weed, and found that obesity rates there fell after legalization took effect in 2014, Marijuana Moment reports.

Indeed, after adjusting for other factors, Washington's obesity rate “is an average of 5.4% lower than the synthetic counterfactual throughout the post-treatment period,” according to the cannabis news site. That compared to a difference of less than 1% during the pre-legalization years.

“This is somewhat surprising given previous literature finding marijuana use is often associated with increased unhealthy food consumption and lethargy," wrote the study's authors, who included scholars at North Dakota State University, the Center for the Study of Public Choice and Private Enterprise and the Metropolitan State University of Denver.

As is common in public health studies, the authors cautioned that more research is needed, according to Marijuana Moment. They noted that the analysis doesn’t firmly establish why legalization appeared to track with declining obesity rates.